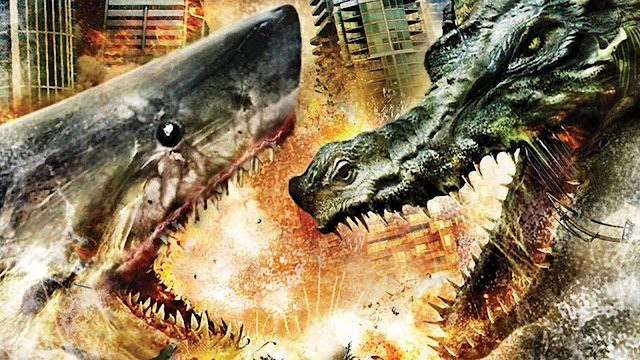 Having owned the DVD for probably most of the ten years the film has been in existence, I put Mega Shark vs Crocosaurus on expecting nothing more than shitty sharky, crapy croccy fun. Hey, it’s got Gary Stretch in it and he was in Dead Man’s Shoes, which is an ace film, and he was a pro boxer who won a British Title. I love boxing as much as I love sharks and while being a boxer is dangerous, it is less dangerous than being a shark.

Megaladons (Mega Shark) actually existed, being the bigger, badder, prehistoric cousin of the Great White. The Meg was also a film about a Megaladon, which I reviewed in 2018. Crocosauruses I’m fairly sure never existed, but being the diligent writer I am, and because I really hope they did, I Googled it. 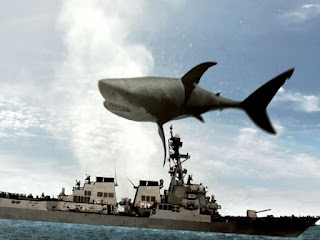 Do not watch this film! Mega Shark vs Crocosaurus, can’t even attain bad-good. There is zero fun to be had in it, unless perhaps you’re tripping balls or have a very niche fetish. Or both. Actually if you’re the latter, mix it with the former and let me know how it goes for you please. I want every splish, splash and sploosh.