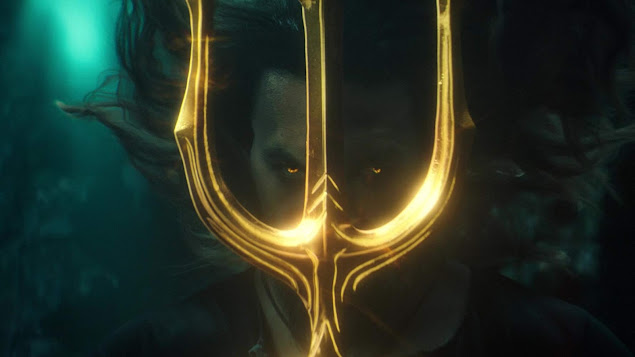 Despite not finishing a DC Universe effort since Batman vs Superman (just) and certainly having not enjoyed one since Man of Steel, which to be fair I enjoyed the fuck out of, I inexplicably picked up the Blu Ray of Aquaman while down at the world’s greatest and potentially last remaining rental store. Searching for positives about the impulse borrow on my walk home I came up with four: I like James Wan, I like Jason Momoa, I like Patrick Wilson and I love sharks.

Sharks are still in the sea, right? Humans haven't hunted and cunted the apex, delicious predators into oblivion just yet? Ahhh fuck it they can fix it up with CGI. Who needs real fish, we've got a geek in a dark room on a computer who can remember them. 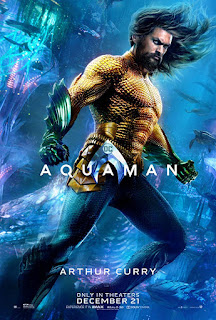 You don’t need me to tell you the Aquaman legend, given it’s such a famous comic book I've never read and is pretty obvious what it’s about from the pictures. Also, I can’t be bothered to as I’m fending off ten thousand fish puns my dad’s ghost is thrusting into my consciousness like an unwanted jizz shot. For the record that’s just a joke. My dad isn’t dead and has never ejaculated on me- couldn’t even if he wanted to as he’s had a vasectomy. Just a wistful puff of air with simply the salty spectres of abortions more painful than this sentence wafting past. I imagine.

Although I will admit I’m not entirely sure how that vasectomy lark works.

The obvious issue must be dealt with first; yes, Aquaman might well be the most ludicrous film I’ve ever seen. If you can let go of that, which admittedly with mermen riding armoured prehistoric sea beasts like stallions is a task not everyone will overcome, do still ask yourself why it is we blithely accept this kind of nonsense in space but struggle with it underwater? Amber Heard plays Ariel, the little mermaid, which brought back traumatic memories of my youth I’d rather not revisit*. Finally, Ocean Master is the worst title ever. Sea Hitler or Ocean Fuhrer would be more appealing.

Despite my grumpiness and the bitter ghost roe money shots, Jason Momoa is great as Fishboy, flying around the ocean in a three quarter length leather jacket like Neo of the seas, lending the lunacy a vital sense of humour. The “history” of the oceans is quite fun, and reminiscent of Clash of the Titans, in a good way. Although- Kingdom of the Brine? I assume that’s where all the tuna live. 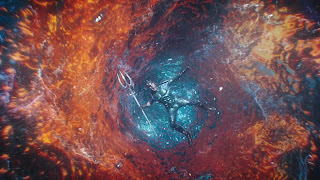 Aquaman’s action has some clever touches. There are fantastic world making and visual flourishes which take the adventure through identifiably different and crucially exciting worlds. With all that astonishing mastery fucking my eyes, I did spend perhaps too much time wondering the cost of making Nicole Kidman and Willem Dafoe look younger. Then more time after that wondering why I am so sexually attracted to CGI Nicole and Willem.

There’s all kinds of fun, large scale land and sea clashes, Patrick Wilson is less sexy than normal but only just and I don’t care who they fight for but DON’T HURT THE SHARKS! I bloody love sharks. Even managing a Watchmen reference for Patrick Wilson, all in all Aquaman is far more fun than I anticipated.

Bedsit It? Often you’re let down by a film you had high hopes for, but occasionally one you really didn’t hold any hope for turns up and surprises you. Aquaman had me entertained, laughing at and with it (both were fun) and alright while I’ll probably never watch it again I thoroughly enjoyed the two and a half hours I spent with it. 7/10

*I used to enjoy musicals… Shudder.