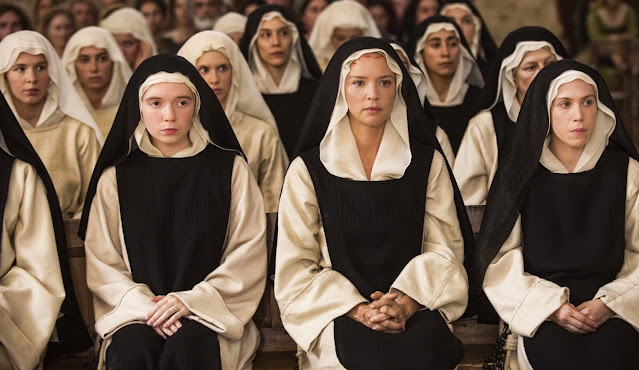 What if I told you that Benedetta is directed by Dutch master Paul Verhoeven, who made RoboCop, Starship Troopers and Basic Instinct? Yeah yeah I know, but while his Hollywood resume leans largely on cleverly crude cinema with lots of excitement, admittedly with some mixed results, Verhoeven’s European films are vastly different. He has made, in my opinion, one of the best ever Sci-Fi films (RoboCop) and one of the best ever war films (Black Book) and what’s so beautiful about them is the polarity in substance and style. That’s what makes him a genius in my eyes.

Despite all this positivity, another genius who also tends to genre hop, David Cronenberg, had a new film out earlier this year. Crimes of the Future was a weird, uninteresting 107 minute paraphiliac masturbatory aid. I was scared to go back into the water with one of my favourite directors, but what with it being sexy, warrior Jesus’ birthday and all I thought screw it, I’ll rent Benedetta and hopefully the subtitles don’t distract from all the hot nun action. 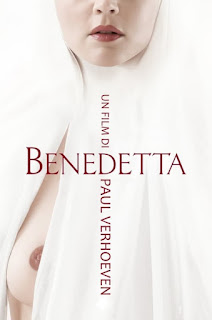 Encompassing all the mortal maleficence, the slippery, easy sins which slide out of us daily and those which take more effort, Benedetta's players and pieces shimmy and circle one another to match point. The story just gets better and better and more engrossing.

One hell of a rollercoaster which I hadn’t expected to be so caught up in, even though I held cautiously high hopes. Equipped with the odd, sharp and amusing, line, and definitely surreal, Benedetta is not a comedy. Though it is far funnier and more sexy than Nuns on the Run. Violent, sexy, engrossing cinema. 9/10, a revelation.