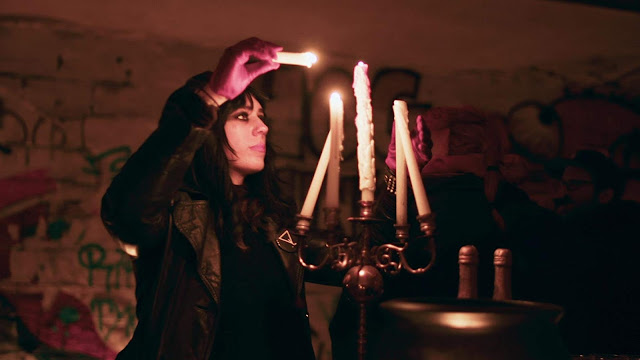 I honestly didn't mean for Hail Satan? to be my review to come out over Christmas week, but I don't have any others ready to go (I often stockpile). When I realised I was bereft, without any seasonal films I could just knock out, it seemed too perfect a wind up. Which is appropriate as winding up Christians is a large part of what this documentary is about.

Before you switch off in abject horror at my heinous heathenism, what I will say is Hail Satan? isn't exactly what it says on the tin...

The Devil hides in plain sight. Satan, well, Satan is a completely different thing according to the Satanists in Hail Satan?.

A Netflix documentary detailing the attempts of a group of people who name themselves The Temple of Satan and quickly and fairly easily piss off Christians in America, I put Hail Satan? on with the intention to mostly ignore it and play Football Manager 2020*. Despite my identifying as an atheist, I’m not a dickhead (most of the time) and thought I’d find the Satanists as annoying as God bothering lunatics like the Westboro Baptist Church.

Ah The Westboro Baptist Church, hateful idiots who telegraph their stupidity by not even being smart enough to spell “borough”. When The Temple of Satan trolls them brilliantly, I tuned in more to Hail Satan?.

Advertising themselves as a counter culture/ protest group hellbent on exposing the hypocrisy of religious freedom of speech in America, The Temple of Satan initially seem like professional piss-takers. Where you stand on their aim will affect how much you admire that. Personally they rather impressed me at first. 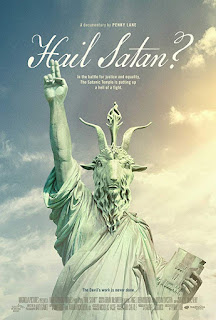 When the message The Temple of Satan advocates becomes bigger, more well known and attracts a larger following the documentary takes a new direction. A direction I’ll leave for you to discover but one I’ll say always makes me laugh about atheists. I know I am one, but seriously, lots of us are wankers (OK, all of us are wankers, but that’s true of all humans. Wanking is fun).

Hail Satan? becomes a very interesting look at how a movement gathers steam and can struggle with that, but with that it loses its appeal as a film a bit. As the followers meander, so does the documentary a bit.

With an open end, plenty to instantly repel viewers and a rather divisive subject matter, Hail Satan? nonetheless offers an very interesting insight in to human intentions. While it loses its way a little, I still advise seeing it. 6/10

*Mobile version. The full version of Football Manager is like sitting in meetings all day with the occasional bonus of massaging a narcissist's ego. If I wanted to do that I'd still work in the NHS.
Labels: Adam Thorn America Bedsit Cinema Christianity Controversial Documentary Hail Satan? Happy Christmas Netflix Religion Review Satanism Satanists Spoiler free Temple of Satan USA