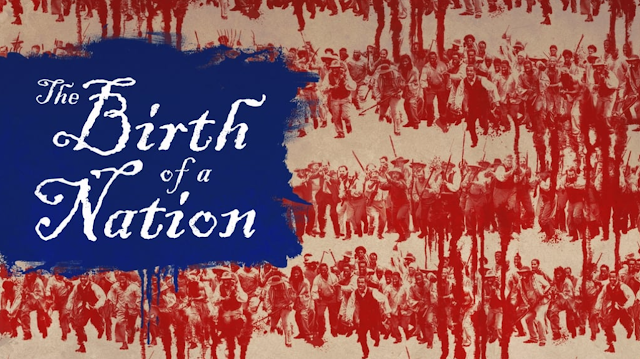 The Birth of a Nation was picked up at The Sundance Festival, a festival for independent films about “gay cowboys eating pudding”, for a record $17.5m by Fox Searchlight Pictures. Hype and huge investment (each begets the other) led to Oscar buzz. Anyone keeping this close a dial on the cowboy pudding factory scene will already know what comes next, and it has nothing to do with this film, although it is almost certainly why you might not know of The Birth of a Nation.

Writer, Director and lead actor of this film about America's shameful history, Nate Parker, had his own nasty past regurgitated in public right around the time when a publicity and even awards drive should have been. Without going into too much detail as I am not a lawyer and this isn’t the forum, it involved some historical sexual assault charges against Parker and a friend and the awful later suicide of the victim.

The overt link of Nate Parker’s film to the Ku Klux Klan call to arms, 1915’s The Birth of a Nation, is a clever spin- a little like the reclaiming of the N word. The film is a biography of real-life slave Nat Turner, who rose up against local slave owners in the South in the early 1800’s. 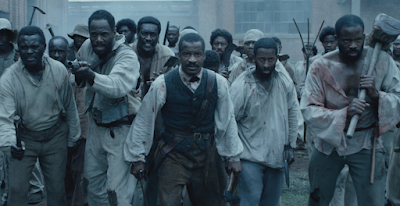 Nate Parker is superb as Turner and has written and directed an excellent film. Armie Hammer, a man who has hit some reality checks on his own interpersonal relationship skills lately, is, with his decaying dentures, also a rotten slave owner. How the slave trade continues to shock and horrify me I don’t know, and The Birth of a Nation is hugely effective in displaying both the kindness of man, and our enduring ability to wreak misery on our fellow humans.

The myriad of malicious methods we use to maim and murder are never-ending and when seen as Parker rather brutally depicts in The Birth of a Nation, the sadism is physically sickening. This is a powerful, brutal film more along the lines of 12 Years a Slave than the joyfully jingoistic Django Unchained. While this awful treatment does motivate retribution, there is no funky soundtrack to be found here. No fun in the violence or humour like Tarantino’s film.

Nate Parker has had to have a few years off, definitely from film making and hopefully from anything nefarious he didn’t do or may have not done. The awful circumstances in the current day made a film perfect, in theory, to remind everyone how prescient racism still is sitting on the bench, in the dark, and that is a shame.

The Birth of a Nation is only a hidden gem because it was buried, should a film be punished because of its film-maker? One for another day, but judging on the film alone, this is a powerful fuck you to racism and even in a well covered piece of history an exceptional film with its own identity and merits. 9/10.

If you like a film about someone what really existed in the actual world, check these reviews out!...
ROCKETMAN
GOTTI
ELIZABETH
THE EYES OF TAMMY FAYE
LE MANS '66
THE MESSENGER: THE STORY OF JOAN OF ARC
Labels: Adam Thorn Armie Hammer Biography Biopic Drama hidden gem Independent Nat Turner Nate Parker Racism Real Life Revenge Slavery The Birth of a Nation USA Violence