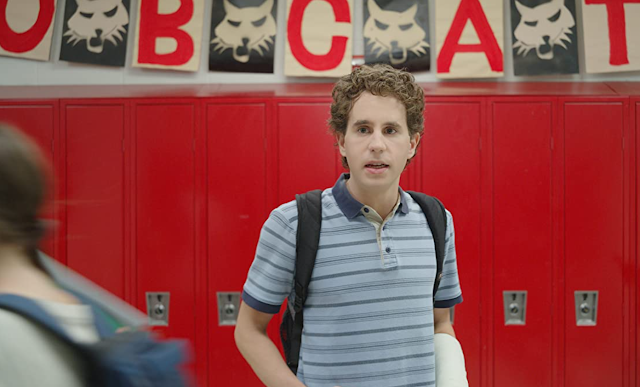 Anyone who read my recent review of West Side Story (or Frozen, or basically every musical) will know my feelings on singy-songy, dancy-prancy cinema. This review might therefore come as a surprise, but a friend recommended Dear Evan Hansen to me; he said that even though I do not like musicals it is very good and I should try it. I have to say the trailer looked enticing, and I was in a benevolent mood so I rented it. However, the poster proudly declares that it is by the songwriter of The Greatest Showman and… La La Land. Gulp.

Dear Evan Hansen was originally a Tony Award winning Broadway production, but what have Broadway and Tony ever given us?

The social anxiety and suicide theme of Dear Evan Hansen appealed, not only because of my own mental health history but because it seemed like a unique angle to create a musical from. Isolated, anxious Evan (Ben Platt, who looks a bit like Michael Cena on a comedown) is mistaken for the best friend of a lad (Conor- Colton Ryan) at school who kills himself, by the dead boy’s family. Evan tries initially to make it clear he was not close to Conor, but soon starts to come out of his shell, enjoying the sympathetic attention people start showing him.

There’s a song very quickly, but it’s rather an audibly pleasing one and crucially, no fucking dancing. Feeling stupefied at this unusual reaction (I wasn’t drunk), I had to get my bearings. This is a musical, by the man behind LA LA LAND. Rather than repel me, Dear Evan Hansen’s opening had drawn me in- it is gentle, sweet and quickly and very effectively sets the scene and tone. High School Musical this ain’t. 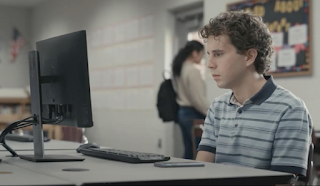 With the subject matter, my hope was that Dear Evan Hansen wouldn’t be smug, saccharine or overly sentimental. Conor’s family are all over the place. His sister is angry, and understandably so. His Mum is trying to reconcile his death by canonising Conor and his Dad is repressed, distant and simmering with stifled emotions. I noted that they weren’t crying very much, shouldn’t there be more crying? Perhaps not, such is the vacuum of emotion.

Rather than being too glossy or self important, I was struck by how hard the suicide stuff is to see, which I normally don’t struggle with. Perhaps it’s the trauma of the aftershock of death, how it resonates, ruining in those grieving. Dear Evan Hansen gets quite effectively heavy, rightly so, but Christ it needed a good sing song. Oh sweet, here’s Evan and he’s busting out a tune, go on Evan, cheer us up, dear god please cheer us up.

I have never been so glad to have a frigging song show up in a piece of cinema.

There’s an imposter syndrome element to Evan’s situation which the already unhappy and unwell teenager troubles to deal with and the film becomes bum-squirmingly awkward to watch. It’s on an emotional crescendo, a high of sorts, and you’re sure it’s going to crash. I didn’t want it to crash, I genuinely cared about the characters. And that, I think, tells you all you need to know about Dear Evan Hansen.

Although Dear Evan Hansen goes exactly where you (probably) think it is going to, it is handled well and is very emotional. It is a challenging subject matter dealt with in a well intentioned and accessible way which does not need to either dumb down or shock. The characters are believable, relatable and the songs soulful and pleasant. Plus, there’s no fucking dancing. All together now,