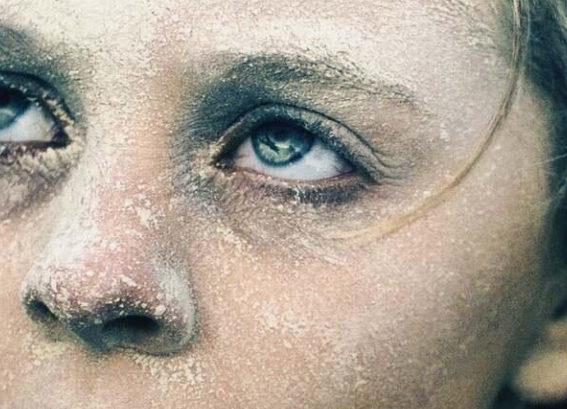 Some people don’t want to be reminded of the horrors of the real world, and I don’t blame them. If you’re someone who says “oh I just can’t talk about it, it's too sad” about Ukraine, or really anything, then The Bombardment isn’t for you- you can stop reading now. There’s lots of happy on this site, there just isn’t any in this review. While this film is about a WW2 disaster, there’s so much of it at place in the atrocities Putin is inflicting on Ukraine, particularly on civilians.

I know it isn’t uplifting but I felt I had to review this film.

Based on a true disaster which happened in Copenhagen towards the end of WW2, The Bombardment is a film which tells you where it is going at the start; you know what’s coming. Following a few locals in and around a Convent school in Nazi occupied Denmark towards the end of the war, The Bombardment builds dread, especially as you grow to love the characters. An RAF bombing raid is coming, and shocking portents of doom tear into the film early on.

Several of the main characters are children, this being set at a school, the three main ones are mute, traumatised Henry, charismatic Rigmor and little Eva, also rather a scarred youngster. Played with such naturalism, I honestly forgot I was watching actors, they’re exceptional. Ultimately, that only made it worse. 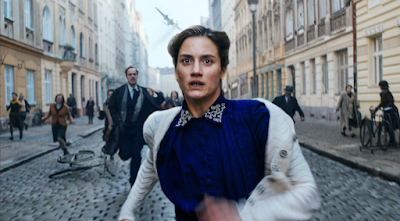 The timing of its Netflix release feels very appropriate, whether that’s by design on their part or not, The Bombardment certainly carries lots of topical weight. Originally called The Shadow in My Eye (which is a fairly arty name), Netflix changed it to The Bombardment. They do have other current titles with shadow in them, but I’d wager a bit of money Netflix knew something as blunt as this would garner attention.

When The Bombardment’s climatic deadly downpouring blitzes their world, every awful little detail of a tragedy like this, every single affected citizen’s horror even if only sweepingly, is delicately yet harrowingly documented on screen. It all adds up. There is the heavier, more obvious ramifications of bombs on buildings and their inhabitants, and The Bombardment brings in The Descent levels of claustrophobic terror towards the end, but it was the subtleties of terror that really knocked me dumb.

For the most part The Bombardment isn’t explicit, it doesn’t need to be. This is what happens when bombs hit.