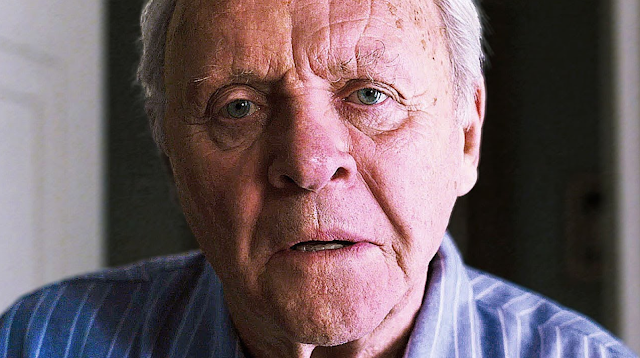 My Nan had a torch. This torch was her pathway to the loo in her later years and she was very fond of it. Apparently it was also a desirable torch, because I kept stealing it. This really upset her but I felt no guilt, because I didn’t steal it. I didn’t even live with my very, very loved Grandmother but she thought I was crossing London to take a torch I could afford to buy myself if I wanted. It was still distressing for her, and also my Dad who couldn’t explain to her that she wasn’t seeing reality.

Nan had Alzheimer's, and thinking people are stealing from you is common for the disease.

The Father has won awards aplenty, and writer/ director Florian Zellar translates his play to the screen in this film which I was moderately expecting to slightly bore me. Anthony Hopkins plays Anthony, a man railing against his memory loss and ability to function as an autonomous human. He’s not happy with his daughter (Olivia Colman) coming around to his flat and bothering him, and he's convinced people are stealing his watch.

Set almost entirely in what Anthony sees as his flat, The Father is told from his perspective and this is what makes it so unique. 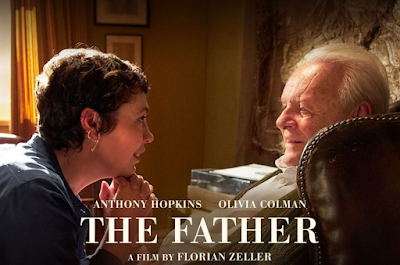 Having had very close (pre and peri) relationships with older family members with varying dementias, I am fairly sure that Anthony is portrayed as having Alzheimer's; the film ticked every box in a way which really related to me and I’m sure will to many others. It isn't all sad, in fact far from it. There is more humour in The Father than I anticipated, but I anticipated none whatsoever so this isn’t a hard hurdle to shuffle over. The levity is welcome and not forced, though. It feels real. All of it.

Anthony is obsessed with his watch, specifically its constant, recurring disappearance. What is notably horrible about Alzheimer's is that it isn’t just loss of memories and paranoia- it is the erosion of the ability to place memory. Time no longer exists, like a nightmare where experiences no longer relate to the present. Hence the watch.

Space and place forget to have any cohesion for sufferers. One minute Nan was with us, the next she was back in her shop in Camberwell 40 years before, or even talking to her father. All as real as one another, all happening now. How scary must that be in your lucid moments, to know real isn’t real anymore. The Father cleverly immerses you in this horror while also giving you the other side, as Anne (Colman) struggles to cope with the erratic and aggressive nature of the decline her father staggers down.

The Father is all beautifully staged and never overbearing- this is subtle cinema that’ll still slowly break you into pieces.

Does anyone want to buy a torch? Only one owner, a little old lady, only took it out once a night unless she’d had one too many gins… The Father is the best dramatic portrayal of dementia  I’ve ever seen. Moreover it is so beautifully constructed and delicate that it never feels heavy handed. You may well still cry, though. 10/10