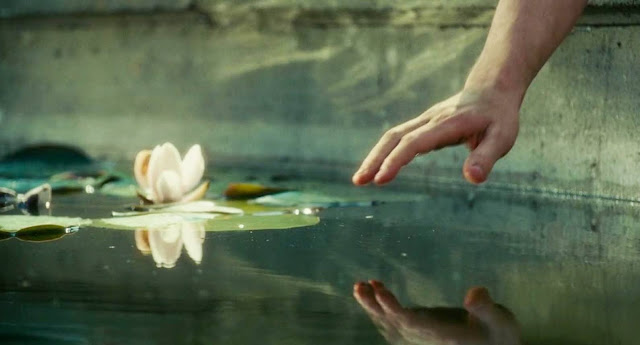 After treating you dear readers to a few weeks of solid, sordid horror reviews, I know that two of the four of you aren’t into vile, gory degradation. To counter that, what better film, thought I, than Atonement. Not only is the name perfect but it’s about as far from Halloween as one could get. A prim and proper, British, period love story featuring a cavalcade of top notch homegrown talent which was nominated for a ton of awards. There’s lust, envy, the English inability to express emotion properly and some class-war-idiocy of the highest order.

Precocious, posh tweenager Briony (Saoirse Ronan) has the hots for her older sister Cecilia’s (Kiera Knightly) bit of rough Robbie (James McAvoy). I say bit of rough, he’s the son of their family servant, who has been to Cambridge and is studying to be a doctor. Told you they were posh. He’s hardly a ruffian, a cad, or a scaffolder covered in scars and tattoos with a coke problem but a massive cock who fucks like a Jackhammer. A girl can but dream, eh wot.

In a wonderfully done bit of narrative juxtaposition, pivotal to the film, Briony misinterprets an exchange between the pair, lets her jealousy get the better of her and the lives of all concerned dovetail off in different directions as World War 2 digs its ugly heels in.

The first third of the film is an exercise in uptight snobbery and hypocrisy. The characters seem mostly concerned with being “proper”, a facade which depends on who you are and where you’re from. The upper echelons of society seem to just do what they want, and there’s a reason for that: because they can get away with it. Dastardly, deceptive old boys dominate and couldn’t care less. Largely what everyone wants to do is drink and have sex, but they’re all so sexually repressed even eye contact is borderline penetration.

For the uninitiated, Atonement Director Joe Wright makes great films- do not mistake him for Edgar Wright, who is overrated but for some reason everyone thinks I might love. Edgar, get bent, I want more Joe in my eyeballs. 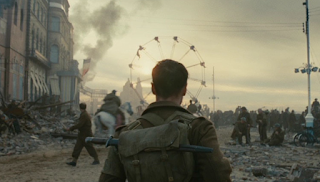 Much like its stars, Atonement is very good to look at, the now famous one shot scene on the beach of Dunkirk has been replicated a lot but it remains powerful and impressive. Dunkirk is presented as some kind of Bedlam, a horrid, breathtaking reduction of humanity brilliantly brought to life in both composition and effect. I kept thinking, though, there’s a reason we buy into these romances, and it’s largely because the characters are pretty.

Ugly romances? Border, yes. Ummm, nope. Drawing a blank beyond that. Feel free to get at me but mostly if they ain’t hot, filmmakers assume we don’t care. That’s true, love can happen with an ugly person but it won't work out. Look at all my ex girlfriends, they dated me.

Anyway. Atonement is now so long ago it’s easy to forget that many of these actors weren’t always famous, (click the link at the top to IMDb the talent). I’ll single out Daniel Mays, who is brilliant. He shines in an important but not leading role as an opinionated squaddie, integral to what Atonement does best: when it wants to get an emotional rise it does so with gusto.

Although a bit gushy, and knowing the end lessens its power, Atonement is still a splendid story, very well told. Not as witheringly sad as my misery needs for greatness, but that’s just me. 7/10