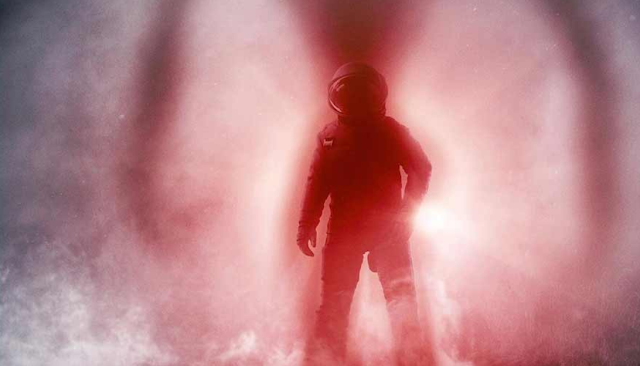 Halloween! The countdown, starts, now (on this site)- I've endeavored to watch mostly horror you can access easily via online vendors, so strap in, there's lots of fun coming your way!

As part of a concerted effort to watch more, new, horror for this Halloween, I trawled Netflix and some other streaming services for films. I name Netflix because that’s where I settled on Sputnik. Also, Netflix has a lot of horror but sweet baby Jesus and the orphans most of it is tripe. I’ve made my opinion on a film’s IMDb rating clear on Bedsit Cinema before, but basically it’s that it’s largely irrelevant to me. However, even I’ll wince at anything under 3.5/10.

Sputnik carried a healthy 6.4 and looked like some Sci-Fi scares were in order. The Russians make some decent, polished cinema and immediately Sputnik felt like it was going to be that.

A hero spaceman just about survives a return to Earth and is quickly ferreted into a secret laboratory by a paranoid Russian space agency. Something is clearly up, and under cloak and dagger, psychologist Tatyana Klimova (Oksana Akinshina - Lilya!) is drafted in to try and work out where man ends and alien begins. Unsurprisingly, everyone is lying to everyone about absolutely everything; but it wouldn’t be Cold War era Russia if that wasn’t the case. 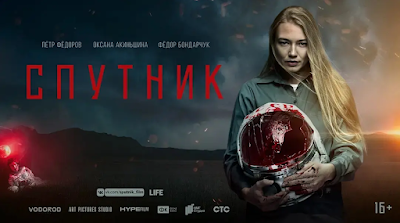 The promotional stuff for Sputnik makes it clear you’re going to see a space monster, which initially I thought was a bit of a spoiler, but thinking about it Alien makes it pretty clear in advance you’re going to see, umm, an alien. Not least by its title. So there being a space being wasn’t an upset, and when it does show up it looks like a gnarled Yoda as painted by Salvador Dali (not baby Yoda, great painter but you’d be mad to let old Salv’ babysit).

I’m a quick reader, but the subtitles in Sputnik rattled by illegibly fast in places. Whether this is a Netflix thing or I’m just getting old, who knows. It definitely isn’t me, I don’t even have any grey pubes- now that idea truly is scary to me.

Sputnik reminded me of Life, an American effort from a few years ago that was a lot of fun and had some grizzly deaths; I love a grizzly death. On screen. I’m not a monster. While a lazy comparison is just part of my nature, Sputnik is very much a film of its own. Along with the paranoia, a baddie played by the Russian James Nesbit, and slow journey to the truth are a few, well instigated, jump scares. Along with gore. Lovely gore.

While not truly scary, if you need a space beast hole in your life filled, and your speed-reading challenged, Sputnik is very much worth a punt.

Fun in the dark, though more Sci-Fi than horror. A very enjoyable 7/10.