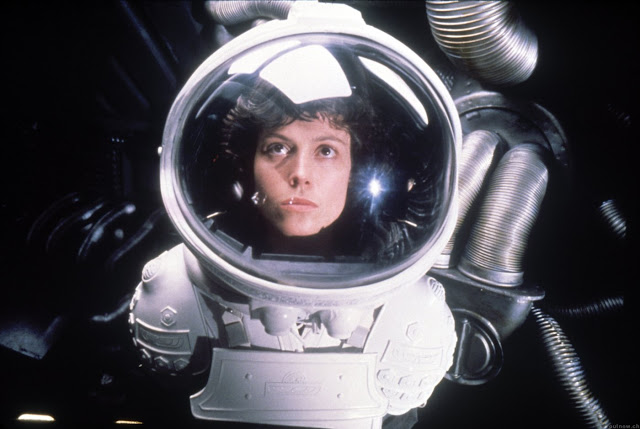 Minor Spoilers- though I’m trying desperately to avoid any at all, I’m sure a few have slipped through

A film marathon is one of those treats I often fantasise about but then am hamstrung by the real life practicalities of. I wanted to watch all of the Alien films in one long binge, In chronological narrative order (i.e. Prometheus first). All of the Alien films, except for the Alien vs Predator series because they're shit. The ambition was to watch all six movies in one sitting, my logic was that twelve hours is less than I'm awake for per day. I lasted until breakfast. Unfortunately I need to eat and go to the toilet. It also dawned on me- twelve hours. Twelve. I wanted to enjoy the experience, not end up hating the films because I forced myself through them in one sitting.

Rather than a straightforward review of each movie I'll try and talk about how and if they connect as a progressive, twelve hour space horror. I will score though. The recent “origins” films (prequels to you and me) made by Ridley Scott came under some fire, but I'll admit early on that I saw both in the cinema and own them at home, so it's fair to say I don't hate them. 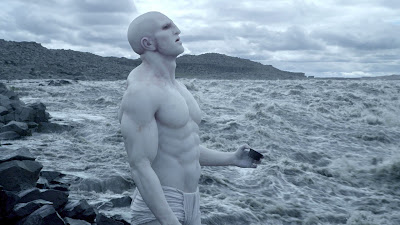 Ridley Scott's return to the Alien Universe caught a lot of flak from fans because it didn't feel like a direct Alien relative and the Xenomorphs were essentially absent. But it's an origins film, so I'd argue if you went in expecting not to have the years rolled back, then you're an idiot. It isn't without its problems, but there is a otherworldly beauty to Prometheus, which sounds silly because it is literally set on another world, but you know what I mean. Everything from the score to the slightly religious awe in the discovery of creation is ephemeral.

The Engineers are a strange race, in the sense of what they look like and their relation to humans, but I like that their history and the mythology around them and their integral part of how the Alien universe is what it is.

Just like in the Star Wars prequels (episodes 1-3) there is a rather liberal artistic license to the production design, in that much of the technology looks more advanced than in the later set, earlier made films. It doesn't bother me, though, and the “marathon” is off to a good start. Prometheus is fun Sci-Fi and a nice addition to the Alien series. 7/10

After the criticisms of Prometheus, Ridders went for a much more classic horror approach on the much darker (both tonally and visually) Alien: Covenant. They even added “Alien” back into the title so you didn’t get confused and think it was a film about Nuns*. The story of the creation of the Alien series’ events is furthered quite a lot, and there’s some terrific action and gore.

However, I did wonder whether seeing the myth revealed before seeing the original film is something of a spoiler. The original film’s strength is in its mystery, and the shock and surprise of these new creatures and planets.

If I was to advise someone who had never seen the series, I’d most certainly say start with the 1979 film, and watch them through the years. It is what I did over some twenty years since first seeing Alien; but watching them all like this in one go I was hyper aware of how much Prometheus and Covenant might spoil the original.

While the origins films are good entertainment, they’re not as good as Alien, and ruining that masterpiece would be a shame. 7/10

I chose to watch the original version of Alien, because last time I watched the “Director's Cut” and ended up thinking that Alien wasn't as good as I remembered. There's a reason for that, Ridley Scott stands by the original as his vision, and the latter version is simply a marketing ploy.

My advice, therefore, is to watch the original if you've never seen either.

Alien has a very effective Jaws feel to the hidden horror of this killing machine. As I’ve said, a lot of Alien would be spoiled by seeing Prometheus and Covenant first. So don’t do that. Alien remains a wonderful, atmospheric, shocking piece of cinema, even though I have seen it many times before.

It has dated, clearly, but it retains the charm of older films rather than looking cheap or schlocky. Very, very much enjoyed this rewatch- if only because I'd been recalling the other cut. Alien is a superior film to the prequels, as the Xenomorph emerges from the dark, stalking the crew of mining ship Nostromo.

Just a bit of trivia- apparently, in order to get the cat to hiss when it saw the alien, they had an Alsatian behind a glass screen to scare it into thinking it was about to die. Yet when I do that to my mum's cat I'm a “psychopath”.

Finally, aren't you glad they didn't call it Star Beast! 9/10 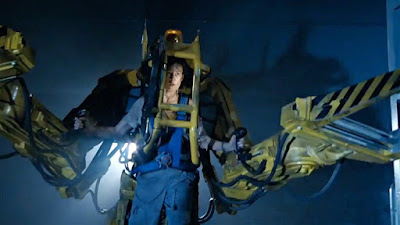 Aliens is my favourite film in the series, and one of my favourite films of all time. It is bigger, badder, war-ier than than the original. Despite the traditional sequel bombast, it retains the horror, that fear which Alien imposed on the viewer. Aliens just tweaked it. It is a wonderful feat from James Cameron to upgrade, change the approach but expand on Scott’s series opener.

However, I plumped for the original version, rather than the 1991 special edition that James Cameron gave his seal of approval to. Having seen Cameron’s “preferred” (note not director’s cut) before I know it doesn’t really add to the story. Also James Cameron gave Terminator Genysis his backing so great director or not, we know he’ll say anything for a few quid.

While the abandoned planet the team of marines descend into the bowels of is brilliantly and terrifyingly constructed, as everything inevitably goes wrong I couldn’t help but think that there is a slight lack of heroic consequence. Ripley is not punished for mistakes that other characters do suffer the fallout of. Although they were never not going to kill off the star, and I am nit picking, it did cross my mind so I thought it was worth noting. Also I don’t think that counts as a spoiler as there are two more films with Sigourney Weaver still to come in the series and that’s hardly a secret.

Alens remains an astonishing film I felt privileged to enjoy again, it has not lost any of it’s unique and frankly still unrivalled atmosphere or fear over the years. Or its fun, for that matter, either. 10/10 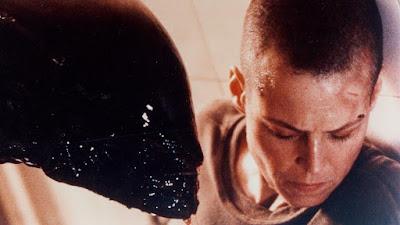 Alien 3 was directed by David Fincher and famously had a script that was essentially written on the fly (much like the new Bond film, my friend on set tells me). One version of which, a completely different film to the one which ended up being made, is available online. To call the production troubled would be something of an understatement.

Much like The Godfather’s third film, Alien 3 has been derided, but unfairly in my opinion. Could it have been better if the studios hadn't interfered so much? Almost certainly, David Fincher has gone on to prove what a brilliant filmmaker he is, and he disowned the final version of Alien 3.

Having learned from the other films in the series, no way was I watching the “2003 Special Edition”. It remains a fun film, with lots of tension created by the setting; a penal colony for men, so a woman crash landing carries friction and an alien or two. There is some fairly good gore, and an autopsy scene which leaves enough to the imagination that it is an eye watering watch.

It isn't terrible, at all. Although Alien 3 is not up the top end of the series in terms of quality, none of the series is a “bad” film. Although I'm yet to rewatch Alien: Resurrection as I type this. 6/10 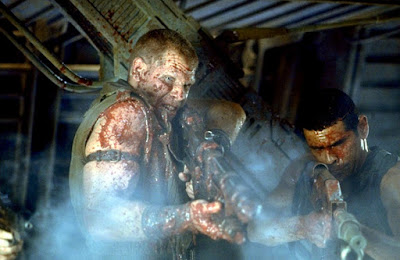 Brutally put, Alien: Resurrection is the worst film in the series and very much a let down given the cast and director. Jean-PIerre Jeunet directed The City of Lost Children and Amelie, so you’d think he’d be able to make a convincing environment, and he does to an extent, but it’s far out of keeping with the feel of the first three films, which makes it something of an outlier from the tone of the other five films.

There are some great actors doing their best with a film which feels very much like a sequel in a franchise which was running into dead ends narratively speaking. While I feel bad complaining a little bit here, as Resurrection is not trash and I always like seeing Ron Perlman and Brad Dourif, unfortunately the series ends on a low note when watched in this order. Another reason to start with Alien and work through from there to Covenant. 5/10

The prequels do build interestingly on the expanding mythos of the Alien movies, and they're not bad films by any means, but it is understandable why some fans don't enjoy their exposition; some mysteries are best left unexplained. I would certainly advise anyone new to the series to start with Alien and watch through in the order the films were made, not how they fit in the order of story.

For a six films series, though, I can’t think of a better cinematic set. Twelve hours of Xenomorph terror, with a variety of angles and a wonderful sense of awe and rich universe full of stories. Although it now looks very unlikely to happen, I would very much like to see Neill Blomkamp given a turn at helming another Alien effort, though I understand some people may have some Ripley fatigue, I certainly do not.