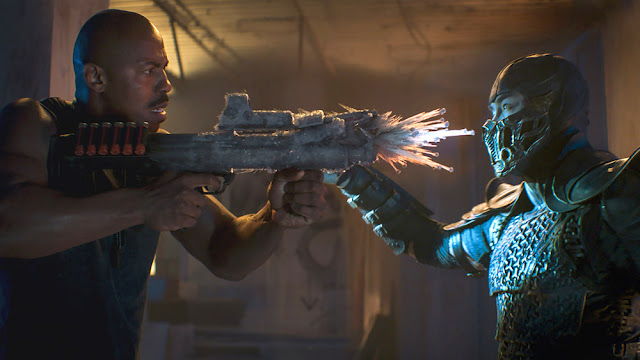 To say I hated the 1995 Mortal Kombat film would be an understatement (“a cinematic back-street abortion”). 2021's newly released version is currently £16 to watch on Amazon but I reasoned that’s less than travelling to London and I can watch it in my pants, which some cinemas have taken issue with in the past.

Thing is, I only really played Mortal Kombat as a kid. I’ve dabbled recently on retro consoles but when I was 9 it was the illicit Street Fighter, a getaway from parents, gateway to gore and creative kills. All I wanted was to feel like that excited, giddy kid again.

I was supposed to see this together with my brother as a lads night, but events meant that instead of being near me in a poky flat in Penge he moved into a magnificent 4 bed detached in Rugby with his lovely, pregnant wife. The selfish bastard.

So you know it’s Tekkening itself seriously, all the Chinese and Japanese dialogue is in native tongue. That, dear friends, is as serious as Mortal Kombat gets. The effects, violence and gore are loads of fun even if they happen in a world which takes 30 seconds of exposition to explain. That sounded like a complaint, it isn’t, I’d be complaining if they took longer to do explain Mortal Kombat than 30 seconds. 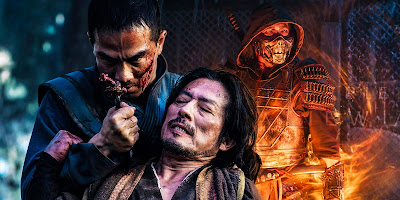 Mortal Kombat is absolute nonsense and it knows it is. Most of the characters have names like Grime rappers. The film understands that you don’t want anything other than, umm, combat. What it does do, and I have to say without it the film would suffer, is have a sense of humour. There are genuine laughs- mostly via Kano (not the rapper) who is an excellent comedic character.

There’s some sort of competition, humans with special powers versus special powers in sort of human form, which they seem to forget but it honestly doesn’t matter, nobody is here for structural integrity. If you are, you took a wrong turn somewhere buddy, I think you meant to go Sideways.

With loads of references to the (awesome) game. “Finish him”, “perfect!”, “Kano wins” and when “GET OVER HERE!” was blasted out I nearly busted a nut, it plays to the players. It doesn’t matter if you haven’t enjoyed the game here though this is great, mindless action. Also, if you haven’t played the game there’s very little chance you're spending £16 on Mortal Kombat and there’s even less chance that you’re reading this review.

The fight scenes are awesome, the guts- great and inventive and importantly the effects hold this all together. While only for people who think it might be for them, Mortal Kombat pays back for the 1995 creative corpse.

Given I'm about to assault you (in a nice way) with the Maximum Violence Season, chill and check out these reviews...

THE UPSIDE
BEASTS OF THE SOUTHERN WILD