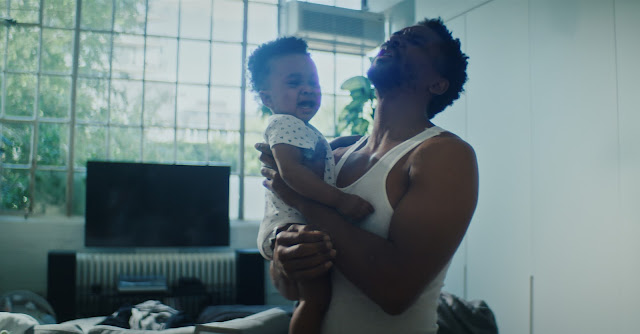 First time feature film writer/ director Ivan Madeira talks to Bedsit Cinema about his debut drama, Pattern, which confronts grief, culture and identity
Ivan Madeira grew up in South London to a Goan father, a Filipino mother and shot his debut feature film in Canada. That’s the kind of staid information which could be benign but isn’t- because Ivan’s filmmaking is all about identity. Moving to Toronto in 2017, his debut feature Pattern is in festivals now and screened in the Montreal International Black Film Festival this weekend. It is looking to be picked up by a distributor off the back of this competition run.

The drama focuses on a new father, Curtis, who is struggling to deal with the death of his partner during labour. Madeira made a conscious choice to confront issues of class and race, using mostly actors and crew of colour. He shot Pattern through COVID and under full union terms and advice. This is no smash and grab gimmick; the director cut his teeth with several award winning short films and has worked his way to being a first time feature talisman. I've seen Pattern and it looks fantastic, belying its modest means.

Speaking with an intelligent, engaging and relaxed humour, Ivan opened up about the process of making his first film, his personal journey and why such delicate themes mean so much to him. Beginning as a DJ and musician, film was a natural progression for Madeira, though he has always been suspicious of formality (something I admire) before going “all in” and committing to creativity. 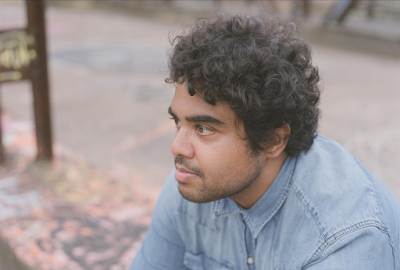 “I was pretty good at the piano, so said my music teacher, but I think that sort of scared me to not want to formalise that training. I didn’t like it to be structured, it took the joy out of the creativity… People would say what a sweet little hobby film was and I thought no, this isn’t a hobby for me. I wanted to do this film lark professionally.”

There is a cultural, personal influence which permeates Pattern, this is from Madeira's upbringing. “Dad doesn’t understand what I am trying to do; you have to work in a bank or be a doctor, very traditional Asian aspirations… People would kill for my day job [as a project manager] but it doesn’t give me the joy as making films has.”

“It’s not that he isn’t proud of me, he just isn’t able to visualise and place what it is I do and want to do. I’ve learned to accept that I may not get the approval that I want but that’s life.”

Parenthood, grief and culture are prevalent in Pattern but there is an unspoken driving force I had to address. Mental health is such an easy buzzword, I know a fair amount about it and how it can make wonderful people less than wonderful. Or in my case, a dickhead worse. Pattern’s protagonist Curtis is understandably struggling, but I still found him hard to root for. I tentatively put this to Ivan. It isn’t news to him.

“My editor said ‘this guy’s not cool!’. I want people to be split on whether they like him or not. We hopefully don’t make him completely unlikable, but I wanted to make it quite real. Grief and loss and the mental strain that goes into that, he detaches from responsibilities- but he’s focusing on the wrong points. This perspective isn’t seen that often and it’s always tropes and cliche and I wanted to dispel that slightly and show a black single father in a different light, and break conceptions.” 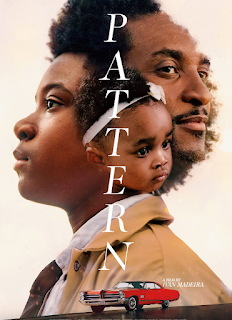 Clearly extremely vigilant about the social issues and woke culture, Madeira falls into a sensible middle ground. Aware that Pattern will “create debate”, he also asserts the only pressure he felt was to be true to his story. While acknowledging not everyone will like what his film portrays he also hasn’t set out to upset people. “Be dismissive about it if you want but it’s on you if you’re stepping on cultures. With Pattern I deliberately wanted to be leaving areas for people to discuss.”

“There are studies where this post maternity mortality within the BAME community is higher. That to me is crazy, a lot of it just deals down to the treatment they’re given and them not being listened to. "

Digressing from the film slightly, I ask Ivan where he stands on the argument that, for example, straight actors shouldn’t play LGBTQ+ characters. He relates to it directly, but sensibly.

“I was in the Philippines watching a play where all the actors were playing British characters and they were doing English accents, and it was hilarious, but then how do people learn to act if they can’t do that? How does a small village do Shakespeare? We need more empathy, people don’t want to be defined by their background.”

"The counter point to is that if you have representation in the pool of actors, then go for it and prioritise them because it adds authenticity. So I see both sides."

As a first time feature director, with a bigger cast and crew than in any of his short films, Madeira had to juggle keeping his vision on track while allowing others their creative freedom. He relished the task and appears to have had a calculated confidence.

“I have to take all the information, interpret it and decide what to do with it. You’re tweaking at each stage of production (writing etc.) and at the end of the day you need to keep control of that story. A lot of directors want full control, I don’t, I want to have enough bandwidth to focus on what it is I need to do at that moment be it writing producing etc. but then I respect people’s roles.”

“Some first time filmmakers want to do everything until it’s ‘perfect’ but what does that really do to the story and do to you as a person? You have to be realistic, I don’t want to be here still editing in a year. You let people do their jobs; ultimately working together and giving it their all, which the team all really did and it made me very happy to be a part of it.”

With Pattern about to hit the competition circuit and be available to the public, I ask Ivan to reflect on what it has given him so far, and his hopes for it. “What Pattern has brought me already, is that it’s really opened doors: Directors’ Guild, festivals and now distribution.”

“It feels good and only the real beginning of my career. Everything I’ve done in the last thirteen years is signified in this film, but it’s only the start.”

Only the start indeed, and Ivan Madeira has made a great one with Pattern. A filmmaker to keep an eye on.