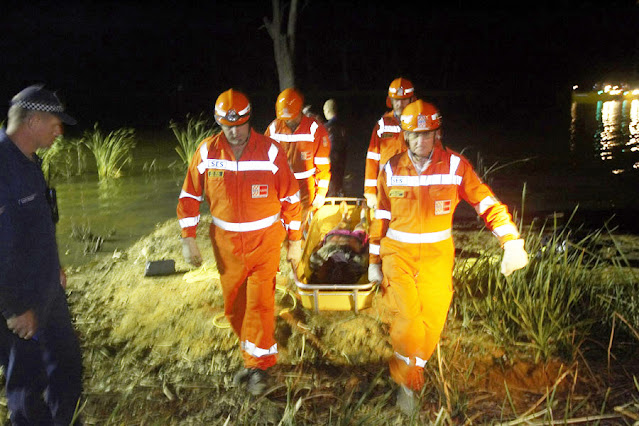 I was initially going to review Lake Mungo as part of a planned Halloween series that never really materialised because, well, life and that. I’d say it sucks having to go to work but it really doesn’t; I’m incredibly lucky and working is good for my mental health as well as my wallet. Working does, though, mean I have less energy to both watch films and to write about them. I don’t know about you but often I’ll have all the will in the world of watching a certain film in the evening, then get home, eat and fall asleep after two episodes of Family Guy.

Family (seamless segue) is at the centre of Lake Mungo, an Aussie scare-u-mentary which you may not have heard of.

Teenager Alice Palmer drowns in a lake (Mungo, yes) and the film documents her family dealing with the aftermath. Literally haunted by her death and the strange circumstances surrounding it, the Palmers begin to see ghosts in old videos. In some senses Lake Mungo is a found footage film, and as with any found footage film it lives and dies on whether it can sell you on that believably.

Lake Mungo is not a fast paced film. Lake Mungo does not have any “action” to speak of. What Lake Mungo does is draw you in like any good documentary then slowly spook the bejesus out of you. Not only that, but Lake Mungo also makes you feel the pain the Palmers persist through in grieving their daughter. The film really hammers home the horror in the debilitating nature of the unsolved, the not knowing. Do the Palmers simply want to see Alice’s ghost, or is something more supernatural going on? 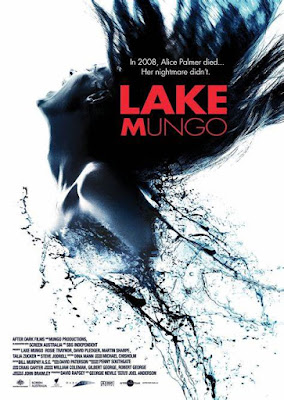 What are ghosts really?  Are they reminders of the past? Messengers? Forlorn souls who cannot bear to leave the living? Lake Mungo is almost like someone made The Devil’s Backbone into a documentary and added a level of grief that over the course of its concise 80 minute run time seeps into you as more and more becomes discovered about Alice’s existence, both pre and post mortem.

If ever there were a horror film for true crime fans this is it.

Writer and director Joel Anderson has vanished like a spectre since making Lake Mungo, and this is sad because it is an excellent film. The acting is solid and appropriately understated, and as the layers of intrigue as to what's going on mix with the potential of something sinister, Lake Mungo drags you into deep emotional and fear drenched waters*. I struggle to think of something presented as a documentary that is anywhere near as believably effective at chills as Lake Mungo.

A gripping chiller and lamentation on death and loss, Lake Mungo is a film which rewards how much respect you give it as a viewer. Put it on in the dark, turn your phone off and if it doesn’t creep you out, then your money back. 8/10
*Sorrynotsorry