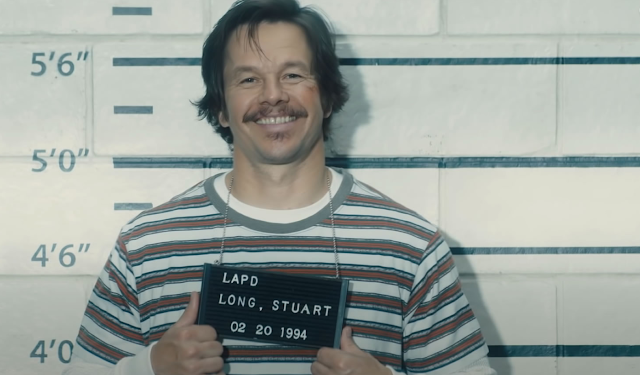 Ahhhh Catholic priests and boxing, two of my real life workplace worlds collide in cinema- another former profession of mine. All I need is Mark Wahlberg to work as a plumber’s mate who tells me my dog is dead while making a Greek salad and I’ll have no idea where this chain of thought took me and neither will you. No seriously, I used to work for the Catholic church and also for a boxing promoter. Not at the same time, that would be mad, but not Mel Gibson mad.

Mel Gibson is in Father Stu! I love Mel Gibson as an actor, but I wonder how many more of the Catholic Mafia will rock up in the film? Pope Emeritus Benedict XVI hasn’t been upto much since hanging up the Pallium, but I bet his American accent is shakier than Malcom McDowell's.

Father Stu isn’t actually about boxing at all, in fact it is hugely missold on that. Knowing that Wahlberg is a fervent Catholic I was fully expecting a vanity project but then isn’t it a prerequisite of being an A-List Hollywood leading actor that you’re vain? Father Stu is a drama about a real life priest called, oh you know what he’s called, who goes from street-eejit to edgy man of the cloth. While it is bloody obvious where the film is going, and yes, it is very religious, some people like that. I’m not really against religion per se, it just isn’t for me. In real life or on the screen like this. However Father Stu does have just enough about it to not be a total Bible thumping bust, and some Catholic jokes which resonated.

“I’m a Catholic, no sex before marriage.”

“Well ain’t that what confession is for?”

Father Stu could only have been made as a film by someone with an agenda. Some people will love Father Stu, the real life Father Stu being one of them I imagine. While uplifting, it is fleeting and predictable in that aspect. It didn’t leave me completely cold because I’m not a monster; this is just a story that much like a happy-clappy sermon, I wasn’t buying into. Preaching to the choir, not creating converts.

Father Stu feels like a recruitment video, a very expensive one which tries like a desperate priest to be cool, hip, understanding, and while sincere didn’t really engage with me. 5/10. Just.

Religion, some people's sanctuary, others' oppressor. It's in a lot of films though, check these reviews out!... THE EYES OF TAMMY FAYE DEAD MAN WALKING APOSTASY I AM NOT A WITCH THE DEVIL ALL THE TIME
Labels: Adam Thorn Biography Boxing Catholics Catholics do it better Father Stu Mark Wahlberg Mel Gibson Real Life Religion