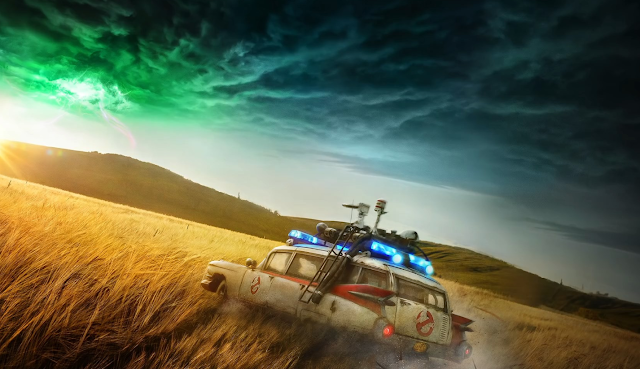 Despite a very respectable IMDb score, 7.3 at time of writing, Jason Reitman’s step-up to take the reins of his father Ivan as Ghostbusters Director has not pleased everybody. I can’t really work out why specifically people haven’t loved it, past the suggestion that it “isn’t fun”, which I guess is fine as fun is subjective. Some people like autumn walks in the park, some people like throttling bunnies. Always check what someone’s definition of fun is before a date.

Single mother of two, Callie (Cassie Coon) is evicted from the city and has no choice but to move to her recently deceased and long disowned father’s dusty, desolate farm in the middle of nowhere. Her children, teenager Trevor (Flynn Wolfhard) and bookish loner Phoebe (the excellent Mckenna Grace) adapt slowly, with Phoebe cottoning on quickest that all is not as it seems and supernatural forces are afoot.

The Ghostbusters concerned in Afterlife are mainly four kids. While they’re quirky and mostly interesting, particularly Phoebe and her new, oddball mate Podcast (Logan Kim), who make a good duo, the yoot dem do seem to get mad Ghostbusting tekkers bare quick. An’ t’ing. A minor gripe, given this is a film about a long banished demon who wants to take over the world and featuring an obese, green spectre (Slimer replacement) who eats water mains. 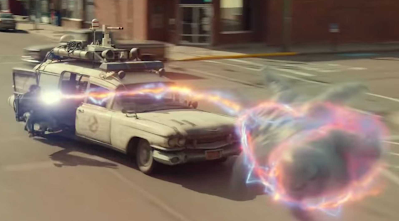 There’s eerie intrigue and mystery, new characters and locations but Afterlife still feels very Ghostbusters. Much more so than the Paul Feig 2016 film, which I enjoyed but it didn’t have the same energy as the 1980’s classics. Reitman resurrected Ghostbusters’ vibe right down to the effects which look great and are visually a perfect mix of CGI and practical FX. People forget that the original two films were, while funny, not out and out comedies. This is much the same.

You could call Afterlife slow getting going, but for me it was more a film that was always building, gathering pace and not rushing to spectacle too quickly. It strikes a good balance, with nothing ever feeling forced and a lackadaisical nostalgia that is just what it is, rather than being something which wants you to wet yourself with excitement. Obviously I wet myself with excitement but it didn’t ask me to. IT DIDN’T ASK ME TO!

Ghostbusters: Afterlife pretty much did everything I hoped it would by way of entertainment and by the final credits I was grinning like a happy idiot. I’m aware it’s been a bit divisive but I’m not going to apologise for the joy it brought me for a couple of hours. A great start to the year. 9/10

Who you gonna call? Check these ghostly reviews out!...