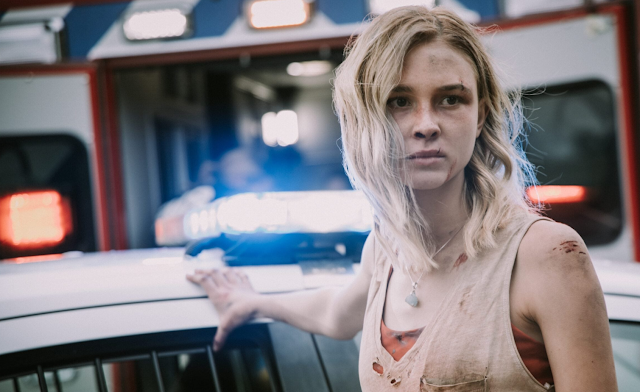 Run Hide Fight has Thomas Jane in it and that is the nicest thing I can say about it.

Limp, irritating teenage bad guys take a school (their school) hostage, with seemingly zero motivation for doing so apart from being dickheads. It seems and feels pointless from the get-go. Thomas Jane’s daughter Zoe, the actor who plays her I won’t name because she has her whole life ahead of her, is a wafer thin thorn in their side.

There is action, but it feels cheap, dated and unimaginative. Unsatisfying, as much as one can get satisfaction from teenagers being murdered which is actually quite a lot with the Run Hide Fight cast because it stopped me having to watch them "act". If it was a bloke rather than a teenage girl who looks like she couldn’t fight her way out of a damp paper bag, let alone crack an egg, there would be even less tension than there is with the status quo in Run Hide Fight.

The whole film feels like a teenager’s hero fantasy. Did a teenager make it?... Adam goes to check... Oh no, that is upsetting, not only is writer/ director Kyle Rankin an actual adult, he directed Infestation (2009). Infestation is a cheesy B-Movie which is a lot of fun; that’s a shame.

Run Hide Fight tries feebly to make itself relevant with a vague critique of active shooter policy, but it is fleeting and irrelevant. Active shooter policy, for the uninitiated is something they have to have in America because any wanker can buy military grade weapons and walk into a school. See below.

Juvenile, impotent and badly acted- but I finished it. 3/10

Here's a lucky dip of films I did and didn't like. Check out these reviews!..