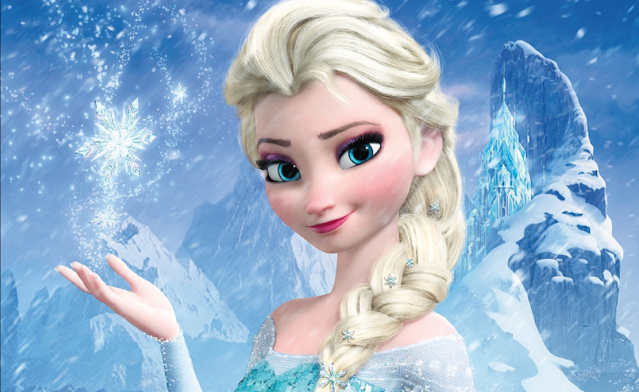 Frozen is a film many a time I’ve been told my preconceptions of are mere misconceptions. Normally this is by either children, women with children or, and most worryingly, my own father. Musicals don’t do it for me as an adult. As a kid I lapped them up. Lion King, Joseph and his Technicolour Dreamcoat, Oliver Twist all hold a formative respect- but apart from one or two catchy songs my efforts to return to them has been pointedly annoying to me. I just don’t like them anymore.

I wanted to hate Frozen before it even began. I knew I’d not enjoy it. This is not a healthy way to approach any film, not least because it’s my own time I’ll waste seething with a priori anger. I don’t mind a Disney/ Pixar film, and even enjoyed Brave when it comes to the Princess sales angle. Perhaps there was a chance I'd be disproven?

My ire was instantly irked as the preposterous, pantomime, saccharine soap opera opened up. A Princess hits puberty and because of magic it fucks everything up. Now, I have a little sister and grew up around people going through puberty and it doesn’t take magic to fuck things up. The encroaching red in the film’s palette isn’t exactly subtle. Sorry kids, you’re all going to bleed. Guys, mainly from the back end but that’s normal. Please don't sing about it too.

Said Princess has a younger sister, yet to have paranormal PMT but does have a Prince Charming. Sister sets about finding a cure for analogy aches and mystical moods.

Putting it mildly, what I normally dislike about sing song cinema is that the story, however engrossing it might be, is ruined by the sudden need for wailing to a tune. You ever see people singing on the train? Annoying isn’t it, and the commute has no plot except for getting to work. I’ve undermined myself there because work is also shit and you should all quit and we’ll start a commune. There’s no structure but obviously I’m King. I promise not to make any Princess films. 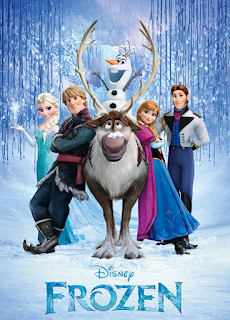 Frozen’s attempts at humour don’t lift it- one of the few straws I held on to beforehand. The story is a basic bitch love story only kids will like and I include the ending because thanks to wine and a breather I finished the damn thing. The impotent reindeer (Donkey) and snowman (Ja Ja Binks) only add to the fact that this is a film which relies solely on little girls and my Dad liking it. Music.

Full disclosure, I’ve been so overexposed that I do like Let it Go. Frozen's champion song is four minutes long, the film is an hour and forty minutes, ten times that*. If, for some drunken reason I want to listen to Let it Go, I’ll worship at the Google-y alter of YouTube, not put this crap on again.

So as not to end this review being a sweary negative Nelly, here are some positives I took from Frozen: it brings children joy, it brings parents respite, it somewhat subtly lets kids know life will make them bleed, I only have to watch it once, Let it Go is an OK bit of music and last of all when the world inevitably overheats the whole thing will be a reminder of what snow was.

While vociferous and facetious I’m not an idiot, Frozen was never meant for me. I knew that when putting it on and only a wafer thin part of me held any hope I’d enjoy it. Just like I’ve learned not to con my family into watching horror films by saying they have crossover appeal, I hope that people know for good that Frozen and its ilk are not for me. Period. 2/10

*I am not good at arithmetic

Here are some reviews of other films, these aren't musicals. Check them out!... THE NIGHTINGALE