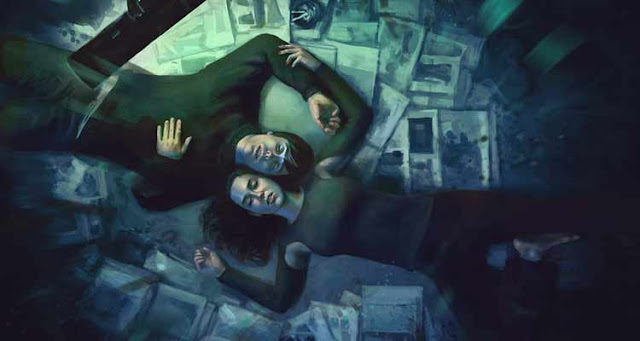 As it’s October (I think, isolating has messed with my brain a bit) I wanted to do more horror reviews on Bedsit Cinema than normal but I’m aware of a few issues with that. Firstly, everybody does it in October, including me over the last few years. Secondly, even I can’t only watch horror for a month. Lastly, I want a more eclectic mix for you to enjoy. Therefore, I’m going to try and focus on films which I can argue are scary in one way or another, but aren’t (necessarily) all out and out horror.

That sounds like fun doesn’t it? Yes, yes it does Adam. Good, glad to hear that, you’re welcome.

It is now twenty years old and Requiem for a Dream is a film that has long entranced and terrified me. Luring you in with its beauty like a siren, the reality of the addiction at its heart slowly takes hold.

Jared Leto’s Harry is a heroin addict who is in love with Jennifer Connelly’s Marion, also a heroin addict. Harry concocts a plan with his best mate, Marlon Wayans’ Tyrone, also a heroin addict, to make it big in the drug game. Heroin, specifically. Harry’s beleaguered and somewhat batty mother Sara, played by Ellen Burstyn, is also suffering- alone and confused. Her hope lies in a potential appearance on a TV game show, but prescription drugs are taking a hold of her and stripping her of her sanity.

Christopher McDonald plays the apple of Sara’s televisual eye, TV host Tappy Tibbons, and is just brilliantly awful, solidifying his excellent resume as an actor capable of bonafide creepy as fuck. His charisma and slime combine and form one of many conflicts in style and substance Requiem for a Dream manages to confuse you with. 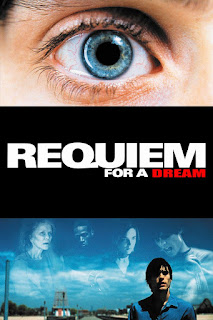 Despite the beauty and brightness in much of its presentation, Requiem for a Dream is deeply, darkly cynical of many things. Among these; TV, doctors, friendship, pharmaceuticals and in some ways love itself. Although Harry and Marion’s relationship is a loving epicenter to the narrative, it is also poisoned by their addiction. The film challenges double standards, drawing a parallel between all drugs, legal or not. It addresses the hypocrisy often inherent in relationships, too.

I’ve seen Requiem for a Dream numerous times before, but it still is incredibly powerful. I had a mini breakdown midway through, when Sara, paranoid and increasingly isolated says of her TV hopes,

“It’s a reason to get up in the morning, it makes tomorrow alright. I wash the dishes, but why should I, I’m alone.”

That really got to me, and there’s a lot in Requiem for a Dream to do the same. The poor woman is surely the most sympathetic character in the film. Elderly, alone, with a naïve love for her son and yearning for two things; the past and to be on television. All of the (central) characters are sympathetic in their own ways though.

Trainspotting would be a British companion to Requiem for a Dream, but Trainspotting goes for dark humour and pop culture whereas Requiem for a Dream opts for stylish sincerity. For me, the score (Clint Mansell and Kronos Quartet) is overwhelming. Just awesome in its emotion and power, even after two decades and having been rinsed by Sky Sports and more. Director Darren Aronofsky’s flashy visuals and editing aren’t for everyone but personally I love them.

I’ve made it sound far harder work to watch than it is but I think Aronofsky was a perfect choice for director because his style is the sugar for the story’s bitter medicine. There is a horror element both with drug fueled hallucinations and where the narrative descends and the addictions worsen. Reality is far scarier than the supernatural; Requiem for a Dream swirls ever downwards and while it is alluring and entertaining it never really offers hope for its characters.

Finally, Requiem for a Dream climaxes on one of the most disturbing montages ever committed to film.

This review might make the film sound like one to avoid but I assure you it isn’t, I very much want you to watch Requiem for a Dream but I also want you to know what you’re going to see.

For other highly stylish cinema, try these reviews...