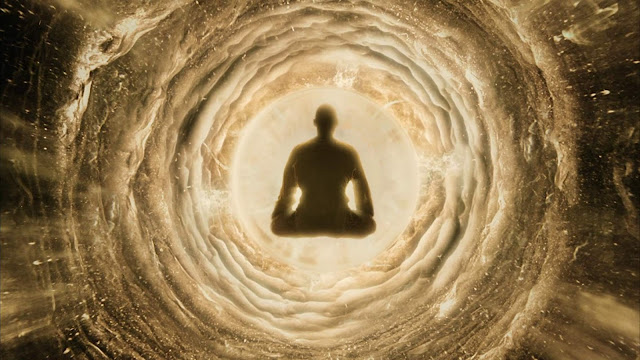 The Fountain (2006)
Spoiler Free
Drama/ Romance
Rated 15
Much like Scary Stories to Tell in the Dark, The Fountain features at its core the power of storytelling. Writer Isabel (Rachel Weisz) is dying of brain cancer and her scientist husband Tommy desperately battles not only to find a cure but with the emotions over the impending loss of his wife. Either side of this central struggle are stories five hundred years apart in each direction, and these are somewhat open to interpretation.
As you would expect from director Darren Aronofsky (Requiem for a Dream, Black Swan), The Fountain is highly stylised- perhaps more so than any of his other films. Beautiful to look at, dreamlike and abstract and yet incredibly powerful, the film is an experience. Perhaps these artistic strokes of cinematography and storyline aren’t for everyone; Aronofsky’s style is the polar opposite of say, Mike Leigh. 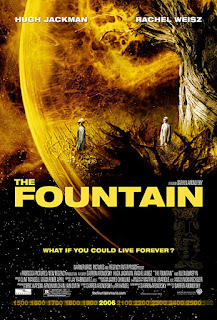 The Fountain is a meditation on mortality. Dying, love, living and time are all strong themes and to say these strike a chord with me would be an understatement. A stunning score composed by Clint Mansell is music I listen to separately from the film sometimes, such is its brilliance.

I’ve stopped commenting on taglines, but there is perhaps none which more perfectly convey the tone of its film than The Fountain’s: Death is the road to awe (annoyingly not on the posters but listed on IMDb). I’ve long held the belief that tragedy is a key component of a compelling love story, and it’s certainly no spoiler, given the tagline, to say that it is present in the film. Hugely moving, sublimely stylish and told with a engaging ambiguity, The Fountain has also stood up well over the years.
Bedsit it?
After Requiem for a Dream this is, for me, Darren Aronofsky’s finest work. The Fountain is a piece of cinema, art and introspection which plays with the power of fables and imagination in the face of our delicate existence. 9/10
Have a read of these other romance reviews on Bedsit Cinema, RESTLESS BORDER ABOUT TIME TABLE 19 JUST FRIENDS
Labels: Adam Thorn Bedsit Cinema Cancer Darren Aronofsky Death Film blogger Grief Hugh Jackman Loss Love Movie Review Rachel Weisz Romance The Fountain