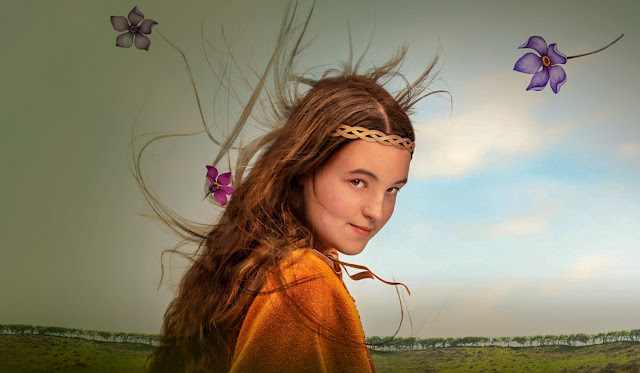 IMDb lists this Lena Dunham directed (and written for the screen based on Karen Cushman’s book) as “adventure”. That’s it. Just “adventure”. I’d be ringing them up and complaining, but then I’m not a celebrated writer and director with a real voice. Lena has better things to do. What Lena Dunham had to do was turn an apparently popular book for pubescents into a film their parents will buy for their awful kids because that’s how shit works. For real growth, it should work for the banshees and the bitter alike.

It’s basically Christmas, which for me is OH SHIT IT’S DECEMBER to whenever I go back to work after the bank lets us holiday. That’s something I’ve never looked into the cause of, bank holidays. Who complains about why they’re getting a day off? I know people who were keen for the Queen to die because they knew it meant a break from work as she slowly moulded amongst the pageantry. I’d judge them but I also hated my job at the time*.

Being a teenager must be hard for lead actor Bella Ramsey because she’s officially played the hardest TV preteen ever. It is shit being a teenager and they’re annoying. Making one likeable is always hard and Ramsey had an unenviable line to straddle in this role. With a supporting cast dripping with class, like a casting director had aces up their sleeve, but owed Russell Brand a favour, Catherine Called Birdy ticked enough boxes I was willing to try it. 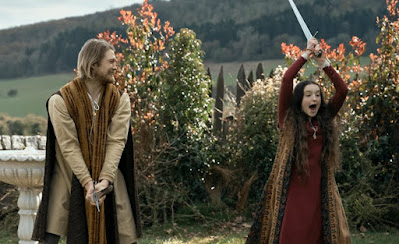 While it took a bit of time for me to get properly into it, as in parts it looks a little like Horrible Histories, Catherine Called Birdy is far funnier, more grown up and crucially there’s no fucking songs. The characters aren’t as one-note as they first appear, either. The setting and set up are a nice combination, using the standards of the old days and using a very contemporary style to examine gender politics.

Catherine Called Birdy is all about taking modern day issues and norms and cleverly approaching them in a medieval setting; although I’m pretty sure girls still got periods back then. The film is a little like the BBC’s excellent The Witchfinder from earlier this year, but for a broader audience.

Bella Ramsey is great as Catherine; juggling silly, childish naivety and an emerging fortitude as an individual with a critical mind and stubborn singularity. The cast is exceptional, with Andrew Scott, Paul Kaye, Billie Piper and Sophie Okonedo bringing a delightful mix of nuance and in Kaye’s case, hilarious caricature to their roles. Russell Brand definitely has videos of someone in the casting team they don’t want leaked, though. His cameo has more wood than a medieval sex shop.

If you’re looking for a film to watch with your teenagers/ tweenagers, or are just a 39 year old who is very bored and willing to try new things and likes that half the cast of Game of Thrones appear in it, Catherine Called Birdy is a funny little treat. 7/10

*Also, I found out we’ll also get days off for Charles’ coronation next year. If he croaks in 2024…