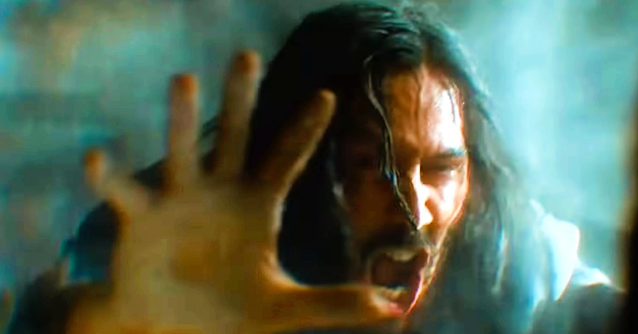 Let me begin with a truth, to locate yourself take the red pill and see The Matrix (Trilogy) before seeing The Matrix Resurrections. If you don’t get the red pill reference, then I refer you back to the last sentence. There are minor spoilers to follow because Resurrections is hugely reliant as a piece of entertainment on you having seen the previous three films. That’s not to say you have to have, just why wouldn’t you? Here’s your chance to see why you should…

READ THE BEDSIT CINEMA REVIEW OF THE MATRIX

In Resurrections, The Matrix is now merely a game and the real world isn’t real as the savior formerly known as Neo slips in and out of glitches in consciousness. “Tom” Anderson is a successful game creator, of a game you might know well. Mr. Anderson doesn’t know what to trust and neither do you the viewer because Lana Wachowski and the team behind Resurrections (including Cloud Atlas author David Mitchell who has a writing credit) try their utmost to discombobulate the ever living crap out of your equilibrium.

Equilibrium was a post The Matrix- Matrix film which is worth a watch if you haven’t seen it. Just by the by.

The way The Matrix Resurrections frames its opening is a knowing tease on a level that it could be annoying. Given other reviews it probably was, is and will be for some. But this is a world where Meta isn’t a buzz word, it is the “world”. What’s better escapology than computer games, or a film which elevated computer animation to mind-blowing levels? This film settles into a full on Sci-Fi set-to, with a heavy lean on the fact that you enjoyed the first three films. Which I did.

My big worry was that there are woke elements and they might be heavy handed, which they aren’t, and that it is very long and I am getting old and fall asleep easily. Resurrections also had some fairly stinky reviews, but what kind of person reads about someone else’s opinion on a film to decide whether to see it themselves? Love youuuuuu. 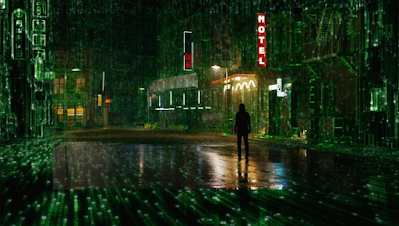 There’s vibrant, fluorescent visuals, slo-motion martial arts, kinky, cool, sexy costumes and Keanu Reeves making (almost) 60 the new “fuck it I don’t care, I’d be Keanu at 80, he's great”. Yahya Abdul-Mateen II, who I really hope has a cool nickname which rolls off the tongue, plays a younger, buffer Morpheus and definitely gets (and pulls off) the best outfits. As a pasty, short and balding white man it’s always nice to know that there are roles out there for me.

Does The Matrix Resurrection bring something new to filmmaking like its genesis did? No, absolutely not. Does it build on the first three films in a way that was absolutely necessary? Not really. Is it a fun continuation of a story many loved? Yes, for me it was. There’s little additions to both its narrative real and meta world and the obvious identity theme was handled well. I had worried The Wachowskis’ gender reassignment would take front and centre over the story and I don’t think that’s an unfair concern to have had prior to seeing the film; especially as it didn't stop me doing so.

The Matrix Resurrections is infinitely better than any of the above; It has some nice touches, great action and flies by.

Provided you go in knowing roughly what to expect, and have seen and enjoyed the first three films, there’s not really anything to hate about The Matrix Resurrections other than it isn’t twenty years ago you were seeing it. Big screen, big budget and a blast of nostalgia. 7/10