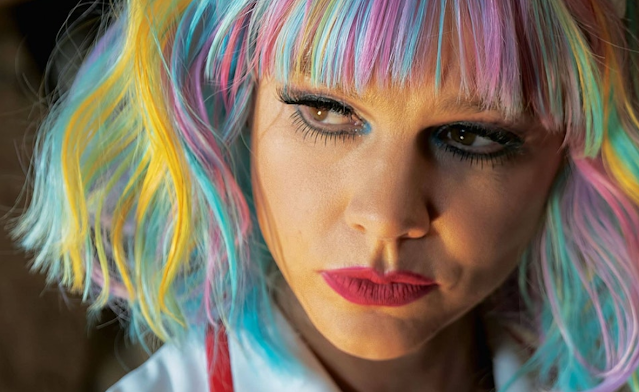 My only knowledge of Promising Young Woman was that people on Twitter seemed to like it and that it was all very #MeToo. Now, I’m all for Me Too but I’m not about virtue signaling or trying to be cool by being what you should be anyway. Having to remember the gamut of woke words with which to navigate current life is a pain and they’re all just rebranding anyway. Racism- BLM, Sexism- Me Too. Being woke is a cool way of saying you aren’t an arsehole or sometimes, sadly, simply that you recognise it isn’t cool to be one.

Just don’t be an arsehole, racist, sexist or fail to understand someone else’s perspective even if you don’t agree with it (although no still means no). There’s your rules, no need for branding. I have registered Don’t Be An Arsehole as a trademark, though.

As such, given this wanky, woke world I had more than my trepidations about watching Promising Young Woman. Fearing it’d be an adult Disney Princess (*coughFROZENcough*) bore, I approached with caution; there was more than a good chance it was critic bait. I knew nothing of director Emerald Fennell but I have a longstanding love for Carey Mulligan who leads as Cassandra. Cassandra has a lot going on and it’s clearly, obviously because of men, or a man, or all men. The film enters on her present and butterflies beautifully into her past as the present presses on. 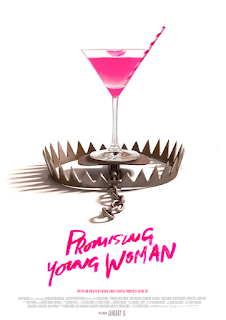 Promising Young Woman is colourful, funny and downright bang on the money. It is complex but so cleverly conveyed that a difficult subject is dealt with delicately but also destructively. There are parts where I just withered in awe, not knowing what to say. This is unusual for me, I never shut up.

The film feels fresh, not at all concerned with being anything other than what it is. There doesn’t seem to be an agenda to Promising Young Woman, just an observation which reverberates within telling its story. Of course it confronts hypocrisy, conflicts of logic and human interaction, but it then goes on to entertain. It is rare one finds a film on the subject of such an uncomfortable subject so confident in its skin as to not be contrived.

All I could wonder is do I/ men find Promising Young Woman uncomfortable because it’s close to home. Do men find the film uncomfortable at all? Do women watch this and just nod sadly? I can’t speak for others, and I’m not trying to out myself because I don’t think I’m sexually aggressive. Or is that precisely the point? Maybe I am. Do I need to have a look at myself? I don’t know the answers but this film at least makes you ask the question.

Superb, difficult, yet confident cinema which entertains and examines.

I don’t know how much, if at all, I’ll rewatch Promising Young Woman- its man-melting thoughtfulness, delivered brilliantly, affected me greatly. I had all kinds of emotions rattling through me while I was gripped by its story. Truly something new. 10/10