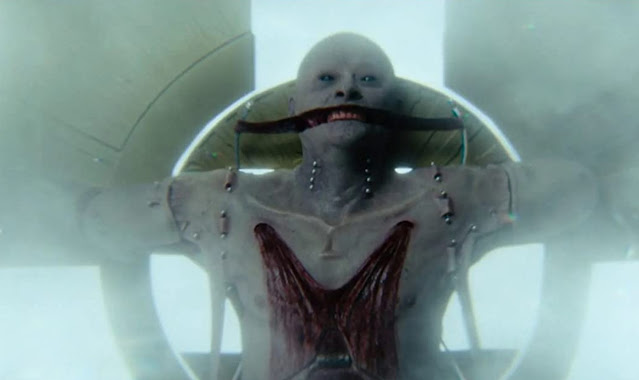 What I liked about the original Hellraiser was the hum-drum nature of the protagonists' existence. Shifting a mattress in a drab domicile was both sexually charged and violently terrifying. The new Hellraiser opens like a scene from a Hostel film, with beautiful twentysomethings being tortured apropos of nothing more than a sadist’s lust. The glamour of fantasy, and it set the film off on the wrong foot.

Train strikes, minus three degrees bus waits, nurse strikes, mail strikes, endless meetings (I love my job but 90% of meetings can be negated by just communicating and everyone doing their job properly), it’s all torture motherfucker, torture. It’s all humdrum, too.

"I'll fuckin' cut your kneecaps off, and make you kneel at some staircase."

Is Method Man one of the Cenobites? I’d love that. That would be new. Hellraiser 2022 is new in name only. Oh a recovering addict, how very Evil Dead remake. Ooh, a gay couple, how very Candyman 2020- edgy. With these casual comparisons, as well as reminding me of Hostel, Hellraiser’s biggest crime is being all very by the book remake and worst, at halfway, doesn’t really feel like a proper Hellraiser film. 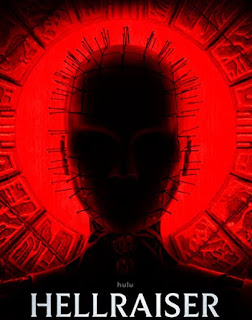 Hovering at a four out of ten, Hellraiser fortunately got nasty enough to grab my attention properly. Feeling it in the esophagus, briefly making you wince or grimace, perhaps even vomit if you’re feeble. That was nice. The gore is a little too heavy on the CGI and again I was reminded of another film (Martyrs) at one point but honestly I think this is why letting blood literally used to be medicinal. We just need to see claret and get all worked up about it, perhaps even pass out. Horror films are less hassle than an arterial bleed monitored by a druid.
Sadly, my having zero emotional resonance with what was going on really didn’t help. Ideally you’d have just enough care, to care. I'm not angry at David Bruckner's Hellraiser 2022, I'm just disappointed. How's that for humdrum.

Some pieces of its flesh are impressive, more are not real enough or are bits I don’t enjoy, like toe or butthole, so for me Hellraiser falls way short of what I’d hoped. That in doing so it reminded me of other remakes so overtly, while also not managing to feel truly Hellraiser, didn’t help its cause. Only watch if you feel it’s something you need to see to say you saw it. 5/10