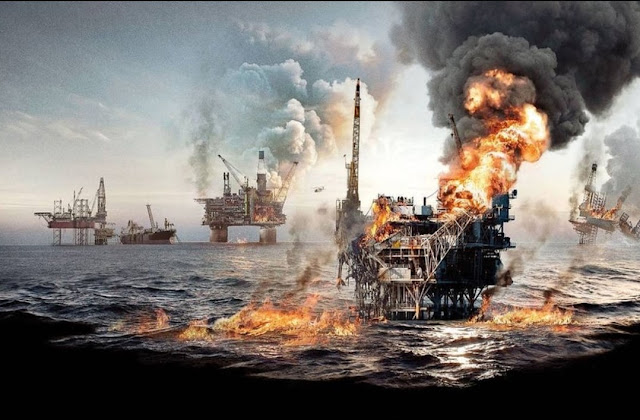 There is a deep, desirable skill in making the sensational seem sincere, bypassing hyperbole and just dealing with reality. Doing this in cinema is, depending on your tastes, hugely beneficial to your story. The Scandinavians have perfected this artform, though run too far with it in some procedural TV shows in my opinion; I want bodies! The Burning Sea is part of a disaster series from Norway and it concerns an nautical oil leak. An "undesirable event" of colossal proportions.

Norway counts as Scandinavia right? My grasp of geography is worse than my grasp of my immediate reality given it exists outside of it. I am fully willing to believe any shit people tell me, especially if it is on a screen and has apparent moral clarity. In a murky world of oil, who do you make the viewer root for? 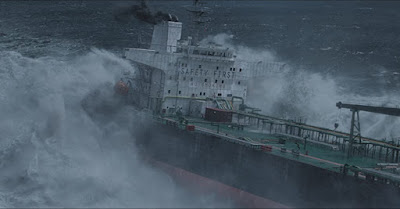 Safety first
The Burning Sea doesn’t pick off the fat, easy, lame ducks. Not explicitly anyway. Not like Hollywood, would. This is a disaster-class, catastrophe cinema for the realists. The Burning Sea’s characters mostly act like real people, except when they do things which make a film a film. They're ordinary people in an extra-ordinary situation and it is no less exciting and big scale than a Hollywood film might be about the same subject.

If you and I were the subjects it’d be a boring disaster, The Burning Sea. Watching shit go down at distance. "I'm not getting involved in that!". Face it, few people can claim honestly to be brave, it’s why they make films about people who actually are, or as in this case, invent people who are. Films we wish were about us; There’s a category Blockbuster never had.

From a distance I’m a fucking hero. Scandinavia doesn’t give you that easy area to manipulate yourself into. We’re all fucked and this is how it is. Unfolding and expanding just as one would hope The Burning Sea never seems like it reaches extravagance, even though it is huge in its idea and thrilling in its action. 8/10