This Is It has “with permissions of the Michael Jackson estate” pop up at the beginning, which is essentially a disclaimer- because they won’t have a vested interest in making him look good. If your family were allowed creative control of a film about you, after you’d died, you’d hope they’d smooth over any criminal elements of your existence. Well, surprise surprise, there is nothing remotely controversial in This Is It. That said, this documentary was never going to be an exposé.

What it did do, unintentionally, was immediately give me the creeps on several levels.

Filmed in the months before his sudden death, while he worked on a mammoth show in London, This Is It is a making of documentary about the performance which never was. So close to his demise, Michael Jackson looks like someone violated a haunted waxwork of Sandra Bullock. Surrounded by sycophants, the man quietly tries to organise people desperate to perform with him.

You learn nothing about Jackson, really. He was a perfectionist, which is fine and to be expected and to his credit he comes across as having people skills when wanting more from others. While many of those around him made me want to vomit, I do love Michael Jackson, so what am I? If I’d met him I certainly wouldn’t have led with “alright Mike, you nonce”, I’d have said “perform for me you talented weirdo! Dance! Dance! Dance!”. He’d probably have politely moonwalked away, now that I’m an adult. 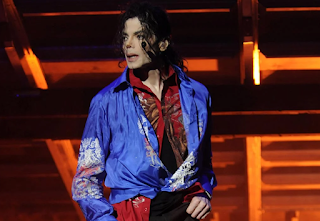 Joking aside, Michael Jackson was an accused sex offender of children. It’s not really very funny, and whether you wrestle with enjoying his music or not knowing that, This Is It also displays that as a performer and musical force/ presence- he was still mind-blowingly special. His voice was inimitable, and still retained its high-pitched power. No he wasn’t still making classics, but… who cares?

Dancing does nothing for me, not even a twitch. Michael Jackson’s movement was something else though. Spellbinding. Learning these moves, in unison with lots of other dancers, then performing them over and over and over again for weeks at a time; it doesn’t sound like fun to me. Or even like anything remotely expressive, which people tell me dancing is supposed to be. Maybe doing it to applause and for money helps? Certainly helps me wanking.

Bedsit it?
This Is It also functions as an extension of the show, a small chance to see some of what you could have had. Were MJ not to have kicked the bucket, This Is It would be a DVD extra, and if I didn’t like Michael Jackson’s music I may not have even finished it. It speaks for how much I do that it gets a 5/10.
Shamon! Check, ch, check check, check ch, check out these musical film reviews!..
ROCKETMAN
WHITNEY
WEST SIDE STORY
MATILDA
DEAR EVAN HANSEN
BIGGIE: I GOT A STORY TO TELL
Labels: Adam Thorn Documentary Jacko King of Pop London Making of Michael Jackson MJ Music Musical Nonce-Sense This Is It