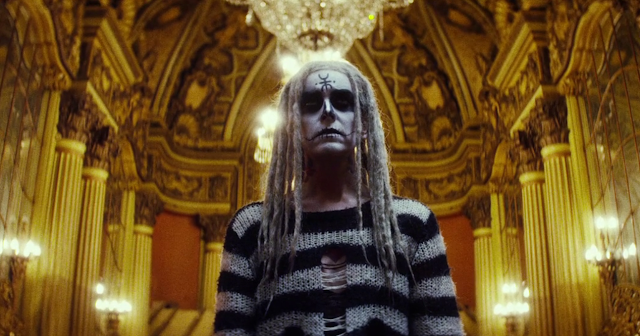 Horror/ Thriller
Rated 18
Spoiler Free
The Lords of Salem is ten years old, and really, who cares? Writer/ Director Rob Zombie is a cult hero, including of mine (see House of 1000 Corpses), but this is hardly his most celebrated film even among fans. Although I’m pretty sure I’ve seen The Lords of Salem I couldn’t for the life of me remember anything about it so this may as well have been a first viewing. Ten years is apparently so long ago I’ve forgotten the lot.

Where does the expression colder than a witches’ tit come from? Because at the start of The Lords of Salem there’s a coven of them, in the buff shaking their muffs around a campfire and I wondered if this trope is why people assume their udders are chilly. I’ve never pranced nude around open flames but I can’t imagine men doing it would be any more or less sexy than women, it’s a pretty depressing sight. I suppose at least it reminded me to trim my gentleman’s plume. 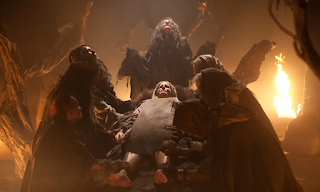 Witches still bitchin’ from a burnin’ in the old days return to haunt and hunt rock DJ Heidi in modern day Salem. Now, perhaps I’ve missed something, but wasn’t the whole point of the Salem Witch Trials that none of them were actually witches? Not that I wish immolation on anyone, witch or not (especially as it really pisses them off and ain’t nobody got time for angry witch ghosts), but it’s a whole different story here if they’re not actually magic in the first place.

Essentially a ghost story with a demonic edge, The Lords of Salem looks grainy, vivid and trippy, to its credit, though suffers overall from being a bit boring and not really containing either much by way of scares or tension. Even as a Rob Zombie fan I was never fully involved- as much as I enjoyed the aesthetic. It’s nice that he tried something a bit different, but The Lords of Salem falls flat.

Rob Zombie has made some absolutely brilliant films, if you haven’t seen them, run, run to them my pretties. The Lords of Salem really isn’t his showcase piece, and there’s a reason none of it stuck in my subconscious: it’s forgettable. In ten years all I’ll be able to tell you about it is what’s in this review. 4/10