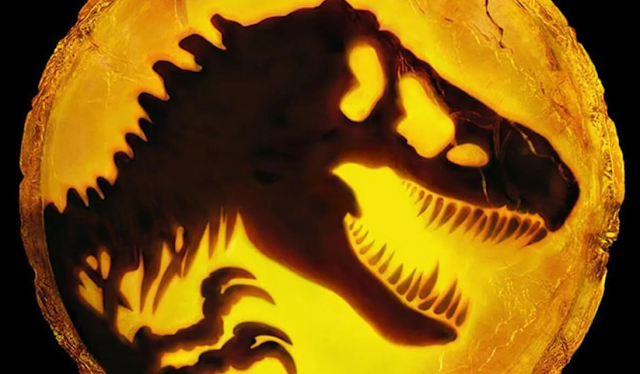 After seeing Alien: Covenant at the cinema, I heard a fellow cinema-goer (a stranger) complain that it “wasn’t very original”. Well duh. Clearly his idiot brain had just been fucked by stupid. Covenant isn’t a bad film, in my opinion, but was never going to rain shiny new ideas which relit the Alien series. I enjoyed it. Before seeing Jurassic World: Dominion I’d had a delicious Bodeans, discovered the Trocadero is shut, and gone to Hamleys Toy Store to pretend to be a child again. These were all good things and to boot, I had no expectations of any shiny new ideas.

Child mode fully engaged, my girlfriend and I went into Jurassic World Dominion, in 3D, ready to just enjoy it and enjoy it we did; it’s laughably terrible. Nonsense from start to end, where bland characters from the previous two films become bland characters played by visibly bored actors. There’s the English girl who can’t say a line without making me wince I’d scrubbed from my brain (because she was apparently in the other "efforts") along with Chris Pratt and Bryce Dallas Howard bumping at every ludicrous turn into dinos and returning characters in disparate locations. 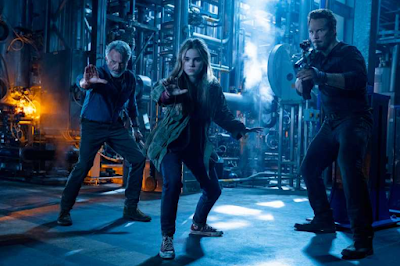 The universal "sit, dino, sit. Good dino." hand gesture.
An endless list of desperate, irrelevant “new ideas” which were at least damp in Fallen Kingdom devolve visibly to crusty, inbred, wank remnants. I lost count of everything annoying, choosing instead to bathe rather than drown in them.

Science and logic left Jurassic Park right about scene one six films ago. Nobody is watching for that, we’re here for bombastic prehistoric bollocks, surely. There are few jokes in Dominion but we laughed a lot. Idiotic beyond any semblance of irony, lacking adherence to congruent storytelling and so bewilderingly half-arsed an e-scooter rider being munched was the split second highlight. Two and a half hours ricketed to its end on a high five, like a dinosaur bitch-slapping a deer.

Franchises fluctuate, they ebb and flow and time truncates trauma. Thirty years on from part one of Park, please let the cinema gods have a protracted period to poster rebooting this series. While it is a bad, bad film, I’d be lying if I said I didn’t have fun going to see Jurassic World Dominion, in spite of it. 3/10