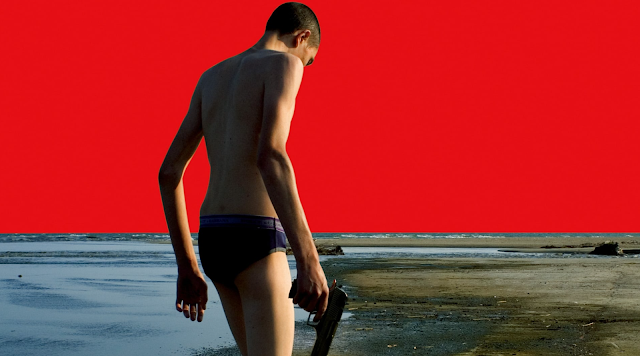 Minor Spoilers/ Spoiler free (It's hard to know when you're covering a 350 page book and dozens of hours of screen goings on!)

You'll often hear people lament that a film or series didn't live up to the book, but it's an unfair comparison. There's too much detail even in a relatively short novel to keep it all in a motion picture. Plus, why would you want to? They have very different experiences and purposes.

This is the legacy of Roberto Saviano's 2006 book Gomorrah and its utterly consuming expose of the murderous and far reaching economics of the Neapolitan Mafia- known collectively as the Camorra (Gamorrah is a colloquialism for a member of said crime gang). Some of Gomorrah's offspring will also be examined; these being to date a film and a five series TV show (with a spin off intermediary TV film).

The Book
“I was born in ’79, and at the end of the 80s there was an incredible Camorra war – 4,000 dead, three or four a day. I saw my first corpse in my first year of secondary school. Since then I’ve seen dozens. They didn’t shock me.”
Roberto Saviano, in an interview with the Guardian

Roberto Saviano is a philosophy graduate and Naples native. Only 26 years old at the time Gomorrah was published, he wrote the book after his life's experiences with the Camorra and their deadly grip on the people of his home city moved him to. The cost of Gomorrah's success has been monumental on Saviano's life. He lives with a permanent police guard, and moves around a lot, for obvious reasons.

Saviano is too, one suspects, rather well off. Gomorrah had sold 4 million copies by 2008. In the ten years since it has been a series, film and a hit play in Italy. He has also released ZeroZeroZero, about the cocaine trade, and recently Piranhas- a novel based on the child gang leaders of his home city (now also a film).

The book itself is part economic breakdown, numbers and figures which on their own might be off-putting to someone with no head for figures. Except they slide so well into the story as to be integral to it, the keystone. The numbers are the raison d'etre for the Camorra, they drive it, in whatever form. Drugs, murder, pollution, fashion... you name it, their bloody fingers desperately count the cash from it.

Gomorrah is also a wonderfully told portrait of the people who live under the rule of this awful organisation, those who exist within it, and those not a part of it but who profit nonetheless. Saviano is a skilled storyteller and it is here and through his microscopic examination and understanding of motivations and meaning that the book becomes enthralling. Gomorrah somehow makes sense of the spider's web, and shocks and entertains doing it.

Being "entertained" by the real life murders of children and priests seems wrong, but that is what true crime is. The deaths of drug addicts given free testers to see whether the new mix will kill, too desperate and hooked to avoid the risk. This is entertainment, essentially, and Saviano knows he walks a delicate moral tightrope. He engages, allowing you to understand, navigating wonderfully, and Gomorrah is a must read. 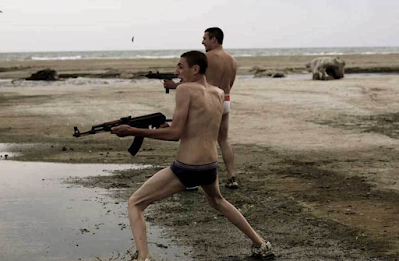 “I wanted to show the everyday lives of members of the Camorra.”
Matteo Garrone, Indie London interview

The 2008 film based on Gomorrah, and sharing its name, was never going to be the same beast. It couldn't be. Saviano's book doesn't focus on any one or two main characters, it has dozens, scores of human lives interwoven, locked in the grasp of the Camorra. Instead what writer Maurizio Braucci (et al.) did was pick out a few contrasting yet complimentary stories, fictionalise them and flesh them out. Just as in the book, each these player's role slips and slides against the other, dangling as the Mafia grasps their tails above them.

Director Matteo Garrone (Tale of Tales, Dogman) does a wonderful job keeping the film together. Gomorrah's cinematic offspring is about as close to the book as really one could hope for, while still being unique. There are splashes of violence, arriving occasionally at random and otherwise depressingly predictably. The depth of fiscal desire or desperation is key for every character and the tides of power ebb and flow throughout. Only they don't, not really.

Gomorrah is, even by the standards of Mafia films, brutal. Brutal, yet grimly believable due to the realism of the source material and the skill in handling it. There is a cost, a risk to every move under the omnipresent Camorra, and sadly that risk either touches or throttles all involved. If the Camorra can see you, they can hold you in their pocket, or throw you away. Gomorrah has an earthy, believable essence which prevents it from ever celebrating this horror.

At 137 minutes, Gomorrah isn't short but how could it be? Though it does not drag, with half a dozen central characters, there's plenty of dialogue and action to chew through. On release it had awards and praise practically thrown at it. Rightly so. Arguably pinnacling with the Grand Prix at Cannes; Gomorrah is a film which did the book proud. 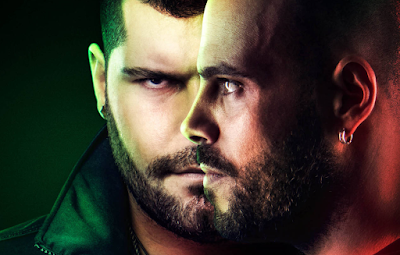 The Series
“You murdering ministers, wherever in your sightless substance, you wait on nature's mischief.”
Lady Macbeth, Macbeth

Slicker, glossier, rangier and much, much longer, Gomorrah “La Serie” was in danger of being a mass appeal, watered down production; a knock off from the markets of Naples. Each season is ten, hour long episodes and the focus as it begins the first series is on the Savastano dynasty. Don Pietro, his wife Lady Imma and their chubby, spoilt son Genny. Working for them is Ciro, an ambitious soldier in their clan. Ciro and the Savastano's have a somewhat strained relationship with rival gang leader Salvatore, after Ciro burns Salvatore's mother's home down at the start of the first episode.

If that was a lot to take in, it's because yes, it all is. Every episode of La Serie is complex, every conversation laden with hidden intent, doublespeak and murderous, mimicking eyes. Every single player in this bloody business is a danger, even the street kids who will kill for a leg up. Often compared to The Sopranos, The Wire is more akin to Gomorrah's TV personality. There's plenty of fine lines, many characters are both cold blooded killers, and likeable human beings. Everything and everyone splinters. This ambiguity and love of complexity comes directly from Saviano's source material.

La Serie is the Gomorrah text in its scope, in its ability to layer the existence of dozens of characters big and small. It feels less real than the film, certainly than the novel. That is a good thing. Gomorrah the book is a real life read, terrifying and fascinating, Gomorrah the film is a brilliant transition to a two hour format for an expose, and one must remember that's what the book is, an expose. Gomorrah la Serie is obvious fiction based in fact. It is brilliant, gripping, moving television, but even better it is an ongoing middle finger to the Camorra.

In Roberto Saviano's words, “It's my reader who bothers criminal organisations... My reader is what they don't want.”.

The reader, the viewer, these words are interchangeable. All three of these creations beset unwanted awareness on a beast desiring darkness. They do it in differing ways, but each plays to the strength of the medium it communicates through. Gomorrah is one of the best examples of how a text transitions and transforms through the differing formats. It is one book, two films and five series not to be missed.