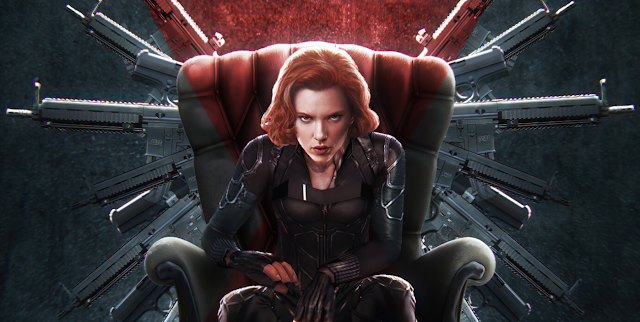 Yes, I know, just like me you all saw Black Widow and thought “fuuuuuuucking hell not another one”. And you’d be right, because I am right and we agree on everything. The unstoppable juggernaut Marvel release schedule places Black Widow somewhere in the increasingly complex spider’s web of comic book cinema and I was worried it’ll be all over the place or one story which constantly shifts time periods in order to cram in exposition. I also clearly don’t pay attention, or have lost the ability to, how the myriad of Marvel mythology interlink.

With the wonga splashed all over Black Widow’s presentation, it’d be upsetting if it looked cheap. As the least one can expect of these things I was happy that after a slow start there was immense action, which starts on the slightly more believable side but descends rather deliriously into full on madness. Whether Scarlett Johansson’s Natasha Romanoff deserved a standalone I was reserved about, but contracts is contracts. Frankly I couldn’t have cared less for the character on entering the film. 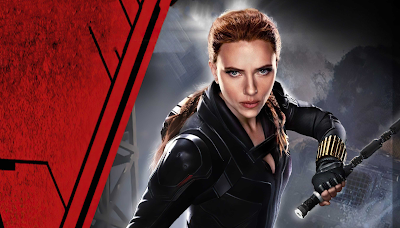 Black Widow is a long film, which does jot about like it forgot to take its meds, though that’s not exactly a bad thing. I did toy with putting a day-long interval in, but that was mainly because I was hungry, tired and knew there was a lot of minutes left on the clock- something I’m more and more conscious of as I grow older. Is it just me who clock watches? Once it got going, the second counting disappeared and I got pulled in completely. Black Widow started slowly but built to the bombastic

I started having fun, with caveats. Ray Winstone is amazing but his Russian accent is utter wank. It had me wincing, shaking my head and thinking his leading role in The Brothers Karamazov at the Bolshoi Theatre in Moscow is going to be a car crash. David Harbour and Florence Pugh are excellent value. Depending on your definition of value as I assume they were paid life changing money for the average Joe. I’m a bit in love with Pugh. Strictly as an actress, obviously.

Should I bother with the plot? It’s almost entirely irrelevant because Black Widow is about action and giving a side character a story. A side character I have to admit I cared slightly more about by the end. As the credits rolled Black Widow had me confused but not unhappy, and there was a reason for my confusion...

I waited for the famous Marvel post credit scene; I am not a devout watcher and have paid little attention to the intricacies of the series so I had to ask a mate about something that happened in the scene which I didn’t understand. Apparently Black Widow is a prequel to Avengers Endgame. I hadn’t realised, but then I had completely lost the will to live by the end of that character-splooge. Meh.

Despite spending the first half of the film thinking of food and my bed, I was glad I resisted and finished Black Widow in one go. I’ll never return to it (but how many of these films does the non comic book fan really want to?) but I enjoyed it while I was there. 6/10