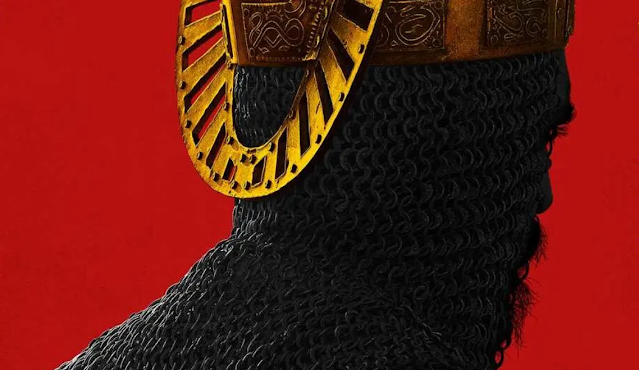 The Green Knight (2021)
Spoiler Free
Fantasy/ Drama
Rated 15
Amazon Prime
The Green Knight is free if you have Amazon Prime. The Guardian loved it and if you're a regular reader you'll know how often I agree with them. But there are anomalies.

Indie Gods Sean Harris, Kate Dickie and Ralph Ineson are all brilliant. I love each and every one of them. Stars aligned with them all acting in The Green Knight, a hugely promising, expansive Arthurian tale, starring Dev Patel. It looked fantastic, spectacular even, and had me rigid for months in anticipation. I almost went to see it at the cinema but then I realised it was on Prime and I'm skint.

Here's my experience of The Green Knight.

A metaphor Green Knight shows up at the world’s shittest and most dour Christmas party ever, hosted in King Arthur’s ring. Sorry, round table. Helmed by King and Queen, Harris and Dickie. Patel’s Gawain takes up the challenge of this mysterious, wooden, green, axe wielding warrior without an invite and lays his proverbial lad on the table. The story loses all credit here, even as a fable. Fight me apropos of diddly fuck, with caveats causing a meaningless quest if you win (which Gawain duly does). 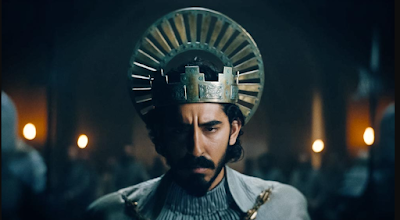 As Nancy Regan extoled- just say no. The Green Knight doesn't have the narrative weight, if you need me to get wanky, to drive the story. The folly of youth. Putting a weapon in someone’s hand doesn’t make them an adult. If you're going to tell me that don't drag it out. The Green Knight is visually rich. Beautiful, almost, but it moves as fast as paintings. Paintings are nice to look at too, only you can walk away and not have to engage more.

Gawain trundles slowly, oh so slowly, toward his rematch with the glaring Green Metaphor, one he elected to undertake for fuck all reason. I noticed one of the giants he passes had an inverted nipple. That’s how bored I was. If that giant falls asleep in the rain is it a nip-paddling pool?

Just when I was getting too bored, I remembered The Green Knight's Director/ Writer David Lowery bored the tits off me with A Ghost Story. Giving a tedious cunt a bigger budget and more expansive story (mostly of his own creation) doesn’t mean they’ll suddenly be interesting. This is a film which bullies you into liking it because if you don’t you’re some sort of Philistine. Pleb. Whatever. Like There Will Be Blood, technically there’s so much to admire but ultimately I watch a film to be entertained.

The Green Knight is the cinematic manifestation of David Lowery taking a long gestated, constipated shit with an audience of critics clapping its glittery, dull, thud. 3/10

More fantasy? Oh OK go on, check out these reviews!..