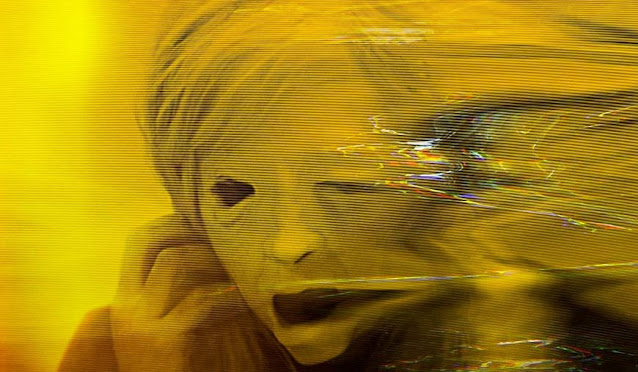 Possessor I had overlooked because, well, why do we overlook anything? There is an inherent bias to what we want to watch or think we will enjoy. Taking a risk is how we find new things. Possessor was suggested by someone I trust, and once I also saw it was directed by Brandon (son of David) Cronenberg I went for it. That the warning thing by the 18 rating said “Strong bloody violence, strong sex” might also have influenced my decision.

Oh and I thought it’d be cool that I’d have both Brandon and David Cronenberg in the same little Bedsit Cinema tribute to violence*.

An agent working for a murky organisation who assassinates targets via being plugged into another person close to the mark and using said conduit to complete the mission, is starting to struggle with the job. Surreal, abstract, horrific, explicit and possibly the most violent film in the Maximum Violence season, Possessor doesn’t boast a complicated story, but its presentation is mind blowing. 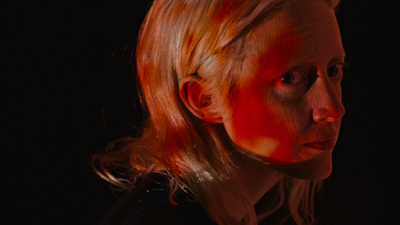 There is a stabbed neck near the start which made me think of both David Cronenberg’s Rabid (armpit) and the sexual penetration implied by vampire bites. Sexual implication, and just full on sex, play quite the part in Possessor. David Cronenberg is slightly more subtle with the sex/ violence combo than Brandon. Brandon just loves them both, Possessor has no reason for showing them except for that they happen and they’re fun to watch (obviously this statement has caveats).

As the agent (Andrea Riseborough), who is repeatedly plugged in to others to kill begins losing it, she has snatched memories of the past jerking into her life. Possessor is an action/ horror/ Sci-Fi mash up that is also a stylised, visual assault. My notes are so confused about the tone of, and really everything about, the film because, honestly, I was. That is far from a criticism, I’ve just never really seen anything like it.

So, so violent and sexual; I’m a bit worried how many films tie violence to sex having written the Maximum Violence Season. Possessor is unique and who is to say what cult status is on a film that’s so new new but Possessor is freshly fucked up. Bizarrely beautiful and sensuous in both a sexy and sickening way, this film fucks you with gore. It’s great.

Possessor is weird and idiosyncratic, artistic slaughter from Brandon Cronenberg which I hope he continues. There's action and scares and viscera and penises and boobs and all that good stuff. You and I have to see his next film, whatever it is. 8/10 *Total. Fucking. Accident.