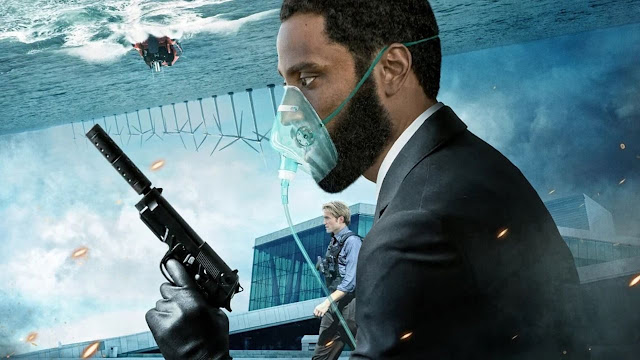 It was about the only film to see a theatrical release this year and being a Christopher Nolan Sci-Fi Tenet was highly anticipated and garnered some rave reviews. Obviously The Guardian loved it, so naturally I was very suspicious because of that fact. Nolan’s form for me is patchy; I absolutely love Dunkirk and the latter two Batman films, but can take or leave most of his other work. The Prestige is good though, and that’s a Sci-Fi, but my fear was that Tenet looks a lot closer to Inception’s “intellectual” action.

Tenet’s opening scene kicked off and my eardrums nearly burst out of my head and leaked onto my shoulders. I had the volume up way too high, I thought, until a friend who saw it in the cinema said that no, Tenet is fucking noisy. It should be called Tinnitus. Despite not knowing the volume thing wasn’t my fault, I very early felt like Tenet was going to piss me off.

If you found the dreams stuff of Inception annoying, the time travel backwardsy-forwardsy gibberish of Tenet is definitely going to test your patience.

Somewhere between a spy thriller and a gangster piece, Tenet’s plot, as far as I can be arsed to explain, involves a bloke only named as Protagonist (which is incredibly irritating in itself) who gets literally sucked into a mystery world of time travel. What’s actually going on is very slowly explained over TWO AND A HALF HOURS. When it does get exciting, in places Tenet's action is brilliant and these scenes were what kept me going.

But then I got bored again. 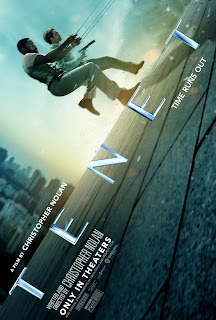 The plot is apparently so clever and brilliant but at one point in Tenet the characters plan terrorism on a crowded bus and no fucker notices. I think Nolan has so much control nobody every says “erm, gaffer, that’s a bit dumb, no?”. Oh and I can't stress this enough but they literally named the main character Protagonist.

My other thoughts while watching were that Robert Pattinson is very, very good, I really liked his performance and that’s becoming something of the norm with him now for. Also I wonder how much The Matrix 4 will borrow from Tenet. They have every right given how much Nolan has essentially gone all the way up to eleven on The Matrix’s style here and in Inception.

Peter Bradshaw had Tenet as one of his best films of the year, which of course he did because it’s The Guardian and they all love Dr. Strangelove and anything which makes them feel clever. Or cleverer than you anyway. I have a degree in philosophy so I just know I’m cleverer than everybody who either doesn’t have a degree in philosophy or was my lecturer or got a better mark on my course than I did.

Christopher Nolan gets away with some very gritty violence for a 12, I’d be very keen to see an18 certificate film by him and some of the action is fun but Tenet is so far up it’s own arse that those moments of fun are in direct contrast to the drawn out drivel it’s interwoven with.

Inception but for wankers and Inception was for wankers. I wavered on a 4/10 but the action just about rescues Tenet a 5/10.

Love you some Sci-Fi? Try these reviews (and swerve Tenet)...