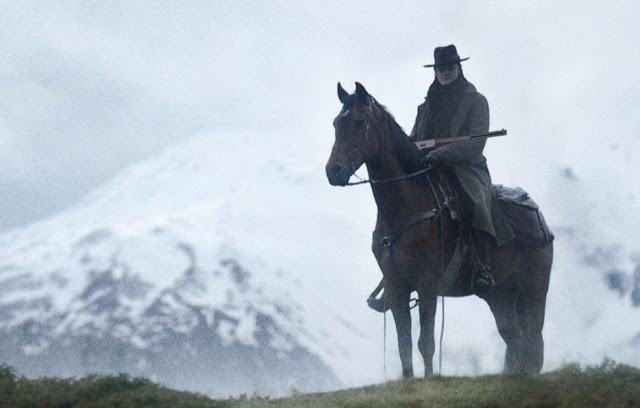 The Dark Valley (2014)
Spoiler Free
Western/ Action/ Drama
Rated 15
Amazon Prime (£3.49)
The Dark Valley is an Austrian made "Western", starring a Brit and set in the Alps. You might not have heard of it for exactly those reasons. It sounds weird, but don’t be alarmed; this is as west of a Western as John Wayne’s lung. The good one, not that yellow bellied, limp wristed left lung with all its “get out of dodge” cancer. Fucking liberals.
Brit indie star, and mainstream flirt, Sam Riley is something of a surprise choice to star in a Western that’s not in the English language. Only he’s not. He’s perfect. Ideal casting for the strong silent type, someone who can’t speak a word, and with film they can cut away whenever he glazes over not knowing what the subtitles don’t say yet. I like Sam Riley, he is the reason I rented the film in the first place. 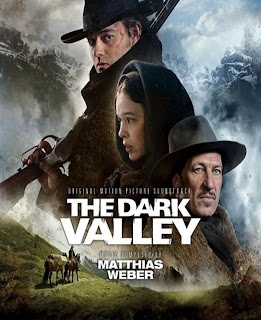 I’d bore you with the story but honestly: loner comes to remote town, shit happens (in German) and things escalate. Riley being the keystone to the plot. But you knew that, no need for subtitles. Violence and intrigue drive The Dark Valley and they do so well, but somewhat predictably as the noose tightens around Riley’s character and his motives and those of the townspeople begin to be revealed.
It sounds like I’m  having a pop at The Dark Valley, but I’m really not. While it is what it is, it is very good at being what it is. So good it even does it in German. I don’t remember a minute I was bored in, as the mysterious stranger assimilates and the action kicks off pleasingly. Everything you might want from a Western this film has. To an extent. I don’t  know how deep your perversions run.
Bedsit it?
An entertaining, if not entirely original, film which will most probably carry great rewatch value. Highly recommended hidden gem. In German. 7/10
Like a western? Me too! I didn't like all of these though, but see what you think...
A MILLION WAYS TO DIE IN THE WEST
THE QUICK AND THE DEAD
NO COUNTRY FOR OLD MEN
THE SISTERS BROTHERS
THE NIGHTINGALE
Labels: Adam Thorn Bedsit Cinema German hidden gem Indie film Review Sam Riley The Dark Valley Western