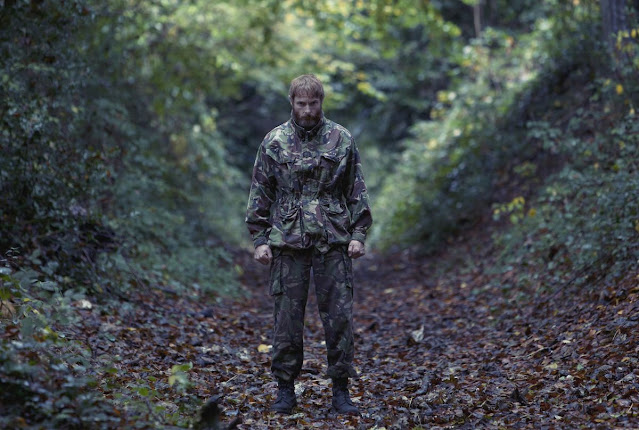 “I can’t even think about this kind of thing"

“Well, we’d better think about this if we ever want to have fewer of them to think about.”

2013 Channel 4 drama Southcliffe is only four episodes but that is more than enough to leave you sad and bewildered, desperate for humanity to be better. It isn’t a fun watch, but here’s why you should see it.

A (fictional) small, country town in the north of England somewhere is brutalised by a spree shooter, a local loner going on a gun rampage; Southcliffe looks at the cause and effects of the horror. Fortunately these acts of wickedness are few and far between in the UK. The Dunblane Massacre in 1996 was enough for the Government to change our gun laws dramatically and for the most part there wasn’t much fuss about it. Seventeen victims, sixteen of them primary school children was fortunately enough for the population to see sense.

However, Southcliffe has heavy echoes of 2010’s Cumbria Shootings and 1987’s Hungerford Massacre, given that both were in small market towns and without wanting to go into those monstrosities too much- had similar perpetrators and randomness of victim. Much of Southcliffe is a look at the relationships between and around victims and perpetrator. It examines how they tangle and the human interactions which encircle and influence people.

Cold, dreary, bleak and very, very recognisable, the scenery and style in Southcliffe are so very British. Everything about it is. Some of our best actors turn in ruinous performances. Sean Harris, Rory Kinnear, Shirley Henderson, Eddie Marsan, Anatol Yusef… I could go on. I use ruinous very deliberately; there is almost no joy in Southcliffe’s four hours. 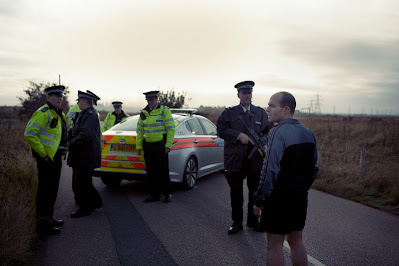 Sean Harris imbibes Stephen Morton with vulnerability and a quiet danger. There is a sadness to his performance which is easy to identify with. That sadness is the gateway empathy. Though culpable for his actions, Stephen is not a monster, he is also a product of his environment. He is very human. What Southcliffe does so well is refuse to paint this man as supernatural; as an unidentifiable evil. The temptation in film and in real life to separate people who do such awful things from the rest of us by calling them evil, is to deny any culpability.

The wicked murders are but a horrible backbone to Southcliffe’s story. It just as closely looks at how the people around Stephen bear any responsibility for his actions, as well as the dreadful, more mundane, everyday cruelty we inflict on one another. Cruelty we can understand more clearly. Many characters do not come of the drama smelling of roses, some even have blood on their hands.

Writer Tony Grisoni draws parallels between these acts with subtlety and class. All of this is not to say there is any excusing the killings, however. Where Southcliffe will really rip you open is how it portrays grief.

Southcliffe is told in fragments, little dips into moments around the town. Before sometimes comes after and after before. There is no showmanship or melodrama, everything feels real right down to the slow drip, drip, drip of news. Returning to the town he grew up in, Rory Kinnear’s journalist David Whitehead tries to make sense of it all and express that to the outside world. 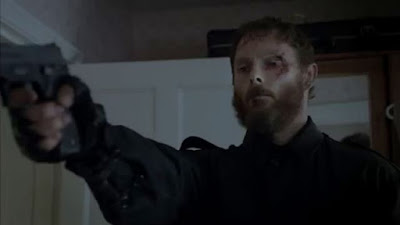 Both in the town and across the country as the realisation of the scale slowly sinks in the cost of what and who they have lost dawns on people; the after effects are the hardest part to watch. Another show, a story told with less grace, might focus on the killings with a perverse glee. As Stephen Morton walks around firing without hesitation, there is no lingering on what has happened. No time to think. The story moves on as quickly as Stephen does.

A non linear, gloomy look at a grim subject, but one approached with dignity and humanity. At its heart Southcliffe is about how a man is slowly broken and filled with hatred and having no legitimate output can be driven to such awful acts. It is also about how much responsibility we bear for our actions on others. I had to stop watching on more than one occasion to take a breath, to take it in.

That’s the genius in Southcliffe, you have to take it all in. There’s no escaping the precipice of principles and personhood we all teeter on. Southcliffe lets us know that we can understand wickedness without condoning it.

The slow breakdown of a lonely man who thinks that his only way to assert himself is by killing, is completely engrossing. Southcliffe will speak to true crime fans and anyone wanting a character study on humanity. Sadly not available on All 4 currently but will only cost you a fiver on Amazon Prime and hopefully that means our American friends, with their much more prescient problem of mass shootings, can watch it too. 10/10