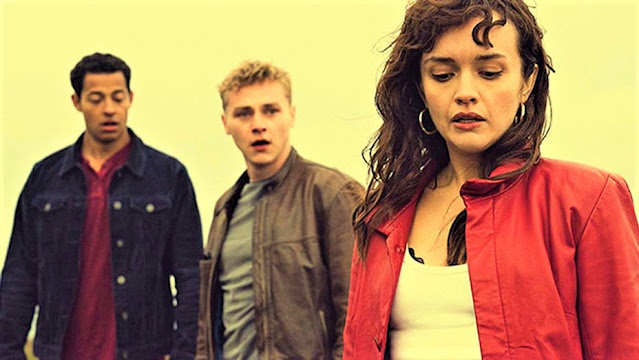 Pixie was one of my “surprise” rentals, in that I did zero research on it and literally judged a book DVD by its cover. In the past this approach has thrown up some hidden gems. This approach has also introduced me to some bollix, but hey ho, for every tit you get a testicle. Some people are into both and I’m not here to judge. Pixie was either going to be a nice surprise, like my son being hit by a car (I don’t have a son so this joke is OK), or a bad surprise like being an Arsenal fan. Although being an Arsenal fan, you already know what is going to happen, so that joke doesn’t work.

Pixie, a young lady with a lot of grief, a bit of vengeance and a refreshingly honest attitude, is given the opportunity to avenge some wrongs via two bumbling semi-crooks. Set in the west of Ireland, apparently where every drug enters the country, the trio end up with a rather substantial amount of narcotics, which aren’t theirs, and they decide to try and barter the windfall into a new life. Clearly, those who (as much as one can) own the illegal produce, aren’t happy about this. Cue dramatic tension, sex, violence and the Catholic Mafia armed to the teeth.

It is very similar to The Guard and Calvary, Pixie, but not as well written or acted. There’s no shame in that, however, as those are both great films and Pixie is still funny. Plus it’s a young cast- not Brendan Gleeson who is a fucking legend. Olivia Cooke (Pixie) was great in the wonderful but heartbreaking, Me and Earl and the Dying Girl, too. I hesitate to say she holds this film together as that does the others a discredit, but given the girl power inherent in the story, she bosses it. 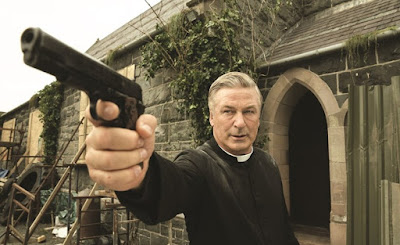 The sizable cast in Pixie also features Dylan Moran! I love Dylan Moran- although it’s a cameo. Hollywood’s Alec Baldwin shows up, and he’s great fun but his Irish accent lasts less than a sentence, by which I mean I’d barely got through writing “I wonder if Alec Baldwin’s Irish accent will be any good”. I was starting, given the cast, to wonder if what feels unconvincing is the writing and story. It didn't matter because I was enjoying watching the film.

The comedy is bleak but not so warped that it isn’t accessible. Having been raised a Catholic, that there’s literally a Catholic Mafia in Pixie (a common term among the Papists) was a funny touch. I suppose there is an argument that Pixie descends into sacrilege; but only if you’re of the sensitive nature. Ultimately Writer/ Director team Preston and Barnaby Thompson have swept up the arse end of other films but made something which doesn’t stink at all. Some smells are great, even if they are a surprise.

While Pixie is derivative of Calvary and The Guard, it is also good fun and frankly I’m probably only saying that because they’re all Irish. I can see why some people might not get on with Pixie but I’m me, not you, and I mark according to my experience. Enjoyable, dark, romp where women (a woman) have the power. 6/10

More girl power? It's fucking rare but try these reviews!..

APOSTASY (almost the opposite of girl power but worth looking at)