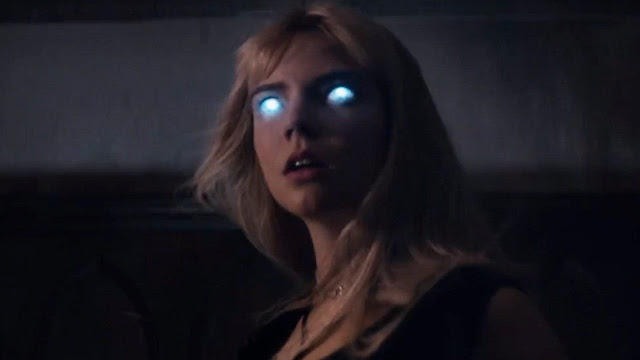 The original trailer for The New Mutants, a spin off X-Men offering focusing on younger would-be superheroes/ villains, looked really good. Dark, mysterious and more scary and violent than the main series of films, promising a horror twist that the trailer sold well. That trailer was released in 2017. While Covid has delayed the release of a number of films, the talk around The New Mutants was that the wait was because the studio didn’t like the film not because of the pandemic which hit well after its due date. Reshoots and emphasis changes. Eek.

Studio interference is almost never a good sign; the big-wigs get cold feet and sense a budget not being reclaimed so they finger fuck the narrative to have greater mass appeal and rake in more dollar. In theory. I’m not sure how many times this has actually worked out well, but I’m yet to knowingly see a film which has been Studio-ed in the arse and come out of it anything other than dazed and confused. Alien 3, anyone? Book of Shadows: Blair Witch 2?

Despite this, and because I had the requisite tenner for the DVD and evening to kill, I bought The New Mutants and stuck it on the projector aiming to replicate some sort of cinematic experience. My reasoning was that doing so would give the film the biggest chance of entertaining me, with my full attention. It’s a 15, I thought, at least there’ll be some gore and a bit of edge to it. 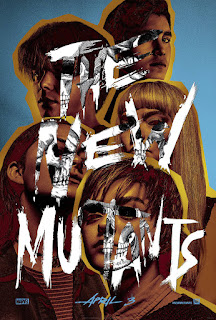 The New Mutants is about as insipid as you could fear it to be. Also, I know teenagers by and large are fucking annoying, but you can’t avoid them in the real world whereas when I’m paying to watch a film, I’m willing to suspend belief and enjoy their company. The grim reality that all of the new mutants are irritating pubescents was not a way of endearing me to the story. The story. The story. The story. Ah the story. I wish it hadn't had my full attention.

Teenagers with powers spiraling out of control like their hormones are held captive in a half hospital half prison. That’s about it. A bit like captivity itself I had no idea what was going on, how long I’d been there or when it would end. I checked the back of the DVD box and found out I wouldn’t have to be watching longer than an hour and thirty four minutes. As long as at the end of that hour and thirty four minutes nobody came in to cut my head off I suppose relatively it wasn't too bad.

The New Mutants was, sadly, exactly what I expected, yet somehow also worse (probably because of the ten pound shaped hole in my bank account).

The film feels as if it’s trying to reference other things without actually being able to do it. Game of Thrones, Star Wars, Carrie, Harry Potter, A Nightmare on Elm Street all flashed through my grey matter. Shit I’d have even watched Harry Potter instead of The New Mutants after an hour of it. It is humourless, devoid of any palpable excitement and there’s not really any gore. You might ask why gore matters but to me it does, ok.

I’d love to have a adroit, pithy sign off for this review but it’s actually pretty apt that I just end it. This review of The New Mutants is over.

No. If you really do have to subject yourself to it I’ll sell you a DVD for a very reasonable price: postage and packaging. 3/10

Want more comic book film reviews? Of course you do, you geek. Try these...