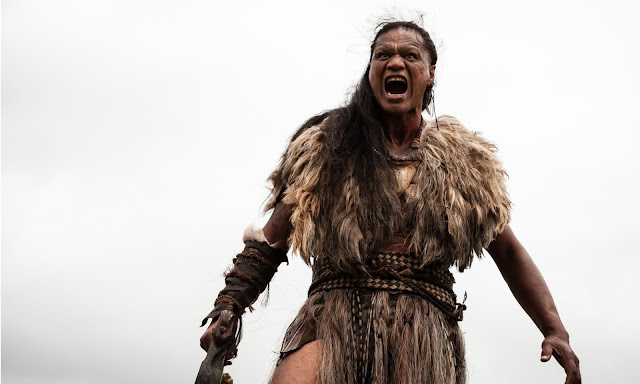 The Dead Lands' DVD cover proudly declares “from the people” who made Mel Gibson’s Apocalypto. This was a warning sign to me. Which people? Not Mel, obviously. The producers? The gaffer? The runners? Could be anyone. I’m sure they say somewhere but the joke doesn’t work if I checked. The guy in Fopp said it was good however, and I just want people to like me so I bought it. My logic was that even if Dead Lands is half as good as Apocalypto it’ll be reasonable. I love Apocalypto.

The film quickly sets the story up, boasting a villain with quite literally a shit eating grin. Warring Maori tribes have a delicate peace broken rather violently. A young warrior chases vengeance and at the same time fleas the baddies in a seesaw chase, with the upper hand changing, umm, hands. Hands, feet and many other delicious parts of humans, you will see consumed in The Dead Lands- by the way. Sadly with no recipes. This all happens over cursed Maori ground known as, you guessed it, the Dead Lands.

There is a decapitated head which led me to spend a few minutes wondering how many days it takes for a human corpse’s eyes to look like putrid fish pupils. I then wondered how much time the film makers spent thinking about this, and whether the same thought process was used on Apocalypto given that they’re the same people. Allegedly. My mind then went back to the real life corpse and that I guess like every other food you judge based on smell and whatnot. You’d need a bigger fridge too. Probably. 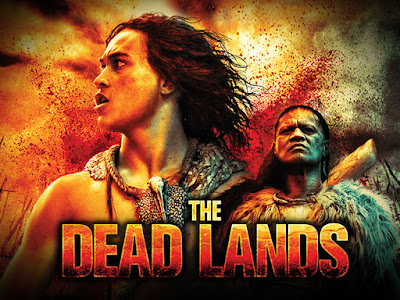 The action in The Dead Lands is largely entertaining and pleasingly gruesome. Maori weapons were brutal despite a distinct lack of metal and I’d link to the Deadliest Warrior episode featuring them but the show appears to have been wiped from the earth. There is however a distinct lack of humour in the dialogue which I thought might help were it there, but hey I didn’t make Apocalypto so what do I know.

The Dead Lands moves at a decent pace, looks good for what I assume was a modest budget (I really phoned in the research on this one in favour of wondering about eating people) and kept me entertained. It’s very much a “what you like” film and even though I like violence I still can’t score it 8, nor do I want to score it 6. So, logically, The Dead Lands scores 7/10

Try these reviews of some other violent indie films you might not know...

BAD DAY FOR THE CUT