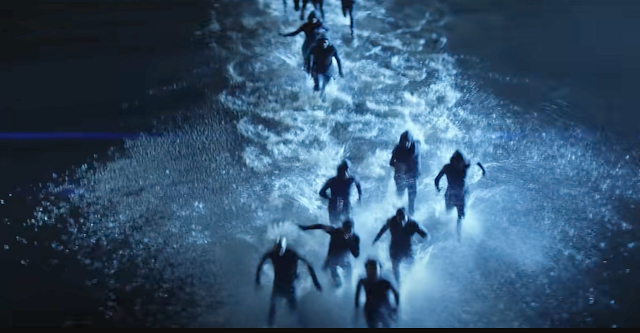 I’ll never get over finding it weird watching so much adult, gory (The Walking Dead) content via Disney, but hey that’s the world we live in and it’s not a complaint; I very much appreciate having access to so much entertainment via one subscription. Of course that’s not counting the content my Netflix, Prime, Apple TV (which is going soon as it’s crap and incompatible like all of Apple), Now TV and DAZN subscriptions provide, which all impart entertainment but rack up the pennies.

A boring description of the global dominance Disney bought in order for this to be the status quo would be no fun, unlike wanking out the window like Status Quo, a British band from the 80’s, did for shits and giggles. Hilarious, unless you were on the pavement below. I can’t find a link to prove that claim annoyingly, but you try searching status quo wank on your lunchbreak. Further thought, perhaps that’s why the man is empty; too much status quo.

The Empty Man I’d never heard of but it sounded interesting. A former cop, James, now in something of a paused existence and clearly carrying baggage, tries to find a neighbour’s missing daughter. This quest leads him deep into scary indoctrination, cultism and potentially something even more sinister, which all starts as what seems simply a kids’ legend. It sounds pretty bog-standard I’ll admit, but there’s so much more to The Empty Man than I was expecting. Events grippingly escalate. 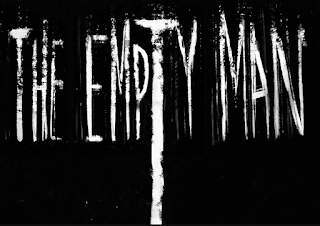 Children have weird, malleable and baseless beliefs you can nurture into Santa and the Easter Bunny; but then you tell them that they’re too old to believe that nonsense! God definitely exists, though- revere and behave because he's watching you at all times and not in a creepy way, honest. You’ll only find out whether that theist-ticket won when you’re dead, children. Being dead is exactly what every human fears the most no matter how they deal with it. It’s the unknown we all fear, the ego makes us do it. Dying can be nasty but at least, conversely, you know you're alive*.

The Empty Man scarily explores a middle ground between life and death, human and beyond. Back onto the film seamlessly there Adam. From its opening scene The Empty Man sets the atmosphere well, it really grabs hold and introduces an unseen fear., it was effective at unsettling right from the off. As James (James Badge Dale, who's excellent) delves and digs away at what increasingly erodes the balance of power, the story never settles, better, you're less and less sure what is what.

While much more of a crime film element initially, The Empty Man festers with the supernatural waiting for its moment, and eventually that rabbit hole is dug down deeper and deeper into, until fearfully far from hope. Utterly eerie and and clever with its oppressive, encroaching mood, The Empty Man delivers in wonderful ways.

For a long film The Empty Man didn’t drag and was unlike anything I’ve seen for a long time. I thoroughly enjoyed its mystery and it certainly creeped me out. God is real, but he doesn't like you. God isn't real but there isn't anything except your breathing and thought. You're going to die and that's it, hopefully. Maybe there's something worse. 8/10
*Even if for not much longer.

What is an empty man? What is a woman? Definitely do not tell your philosophy of gender lecturer a woman "is just an incomplete man" even if she does have a sense of humour and knows you rolled into the lecture straight from a nightclub. Check out these random film reviews!..
TENET
THE MIST
THE THIN RED LINE
BLADE RUNNER 2049
EDGE OF DARKNESS
Labels: Adam Thorn Crime Cult David Prior Disney God Halloween Horror James Badge Dale Review Sasha Frolova Supernatural The Empty Man Thriller