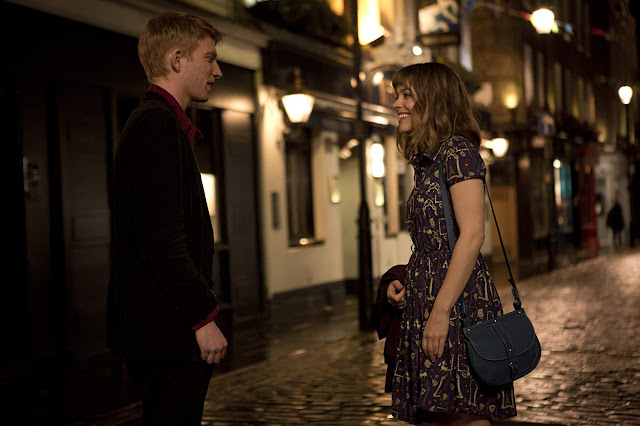 Drearily scrolling through Amazon Prime I decided I wanted something different from my recent reviews. Perhaps it was my boredom, maybe I just hated myself that day, but I settled on About Time- a Richard Curtis romantic comedy. Knowing no more than that, I decided to punish myself. As far as I'm concerned Love Actually is 2003’s La La Land, in that I would prefer Hara Kiri with a chopstick than seeing either again.

Domnhall Gleeson’s character whose name I can’t remember, can travel back in time. So can all the men in his family, his dad (nope not him either, I honestly can’t remember any of the characters’ names) Bill Nighy tells him. Nighy is apparently doing a Hugh Grant impression.

The family are annoyingly posh, but there are some good characters in there. Namely the uncle and Nighy. I usually like Gleeson but I had to just tolerate him here.

You all know what the set up is. Useless, dorky, man initially chases an unobtainable woman before meeting a kooky lady who’s going to be “the one”. That is almost exactly what happens, which is no spoiler. About Time is a Richard Curtis film remember. The kooky one is Rachel McAdams, convincingly playing someone fifteen years younger than her actual age. What alchemy does her make up contain?

As soon as he meets McAdams, Domnhall Gleeson starts doing a fucking Hugh Grant impersonation too. Here’s a thought, if you love Hugh Grant so bloody much Richard Curtis, why don’t you just go and suck him off. He’ll probably even pay you to do it. Obviously this is where the film slips, even more, into doe-eyed schmaltz. If it weren’t for Tom Hollander turning up, it would have been About Time* for me to turn the film off. 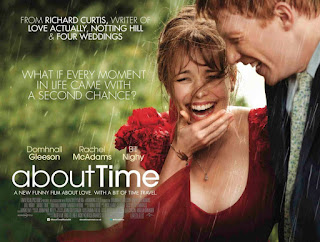 Hollander is brilliant; angry, acerbic and welcome respite from, y’know, the rest of the film. Admittedly he isn’t the only one to get laughs, there are many funny moments. The problem is they’re drowning in all the awful, aspirational, perfect-romance tosh. It was confusing, I was trying not to vomit but I was laughing. Hollander should have at least 20 minutes more screen time.

The time travel logic is a headfuck, nigh(y) on impenetrable and also from what I could make out, he’s not using it right. If it was me I’d have had so much sex. I mean sure, it’d be the one time I have had sex over and over again, but eventually, eventually, grandad would love me afterwards.

Welcome to where this review gets weird. As it draws into its conclusion About Time injects empathy, a real life strength of emotion that I totally wasn’t expecting and rather liked. I was expecting the third act conflict that almost all films have and is crucial to a romantic comedy, but About Time's surprised me. Suddenly, against my will, I engaged with the film emotionally more than I had throughout.

About Time took its damn time but I just about managed to keep my lunch in my stomach.

*I'm not even sorry