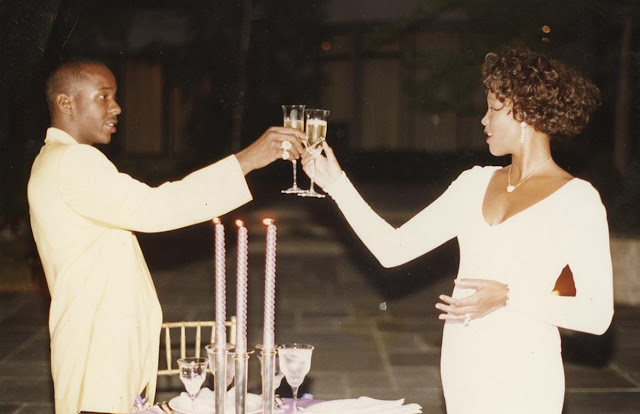 
“When your world’s falling apart
All you got to do is say a prayer
And love will save the day.”

Director Kevin Macdonald knows how to make a documentary, having been behind the excellent duo of One Day in September and Touching the Void. He also made The Last King of Scotland, which was good but I didn’t really get all the fuss over. Nick Broomfield made a documentary about Whitney Houston a few years ago which I didn’t find particularly compelling, but I saw Macdonald’s Whitney on 4oD and thought why not.

Whitney is very reminiscent of Asif Kapadia’s Amy (about Amy Winehouse), which I took notes on to review some time back. Amy focuses much more on mental health, it felt a lot more personal to me and there’s good reason for that given my own mental health problems. That’s why I haven’t reviewed Amy, it was so hard to get into words. Perhaps one day.

This isn’t to say Whitney Houston didn’t suffer with all kinds of issues, simply that while awful and moving they didn’t directly adhere to my own experience of life.

Both films are portraits of an artist from the start of their career to their early death and as you can imagine, there’s peaks and a lot of troughs. Macdonald nicely plants Whitney Houston’s life and career timeline in with flashes of the current events at that moment (in time). Seeing Whitney devolve from sweet and good natured to angry and cynical is harrowing and upsetting, but I couldn’t turn it off. 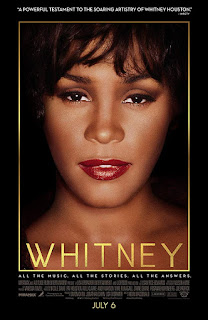 Friends, family and coworkers are interviewed and slowly you start to see how Whitney was sucked into superstardom then seduced, swindled and swayed. People around her did not all have her best interests at heart and there was much about her she had to hide, not only the drug addiction. Even Bobby Brown is interviewed and it’s easy to think he’s not being entirely honest. He does, however, have good reason not to be; that much is clear.

Whitney wasn't perfect, or entirely blameless but it’s easy to forget that she wasn’t the ghost of herself very long in relation to her incredible career. The woman was a megastar over three decades and that only made her downfall all the more desirable to the media and public. Like slowing down to look at a car crash, her falling to pieces was tragically captivating. So is this film.

To bookend this review I thought I’d use some quotes. At the top are lyrics from Whitney Houston’s Love Will Save the Day. Below is from her devastating interview with Diane Sawyer.

Sawyer - “If you had to name the devil among them (the drugs)?”

Whitney is incredibly moving, a lot better than the Nick Broomfield effort. There are secrets from her life I was unaware of which add layers to the poor lady. I have been a fan of Whitney’s wonderful music since childhood, when it was at its biggest and most successful. Fortunately much of it is used in the film. It is needed.

Hounded by the tabloids, her problems ignored by those around her for their own selfish benefits, if you can’t empathise with Houston then you’re dead inside. Whitney also covers the awful knock on effects to her daughter, Bobby Kristina; it really is a thorough and impartial look at her life and career.

An incredibly good documentary. However, Whitney is also horrible and harrowing and all the happy increasingly drains away as its subject's life and career descend into dependency of varying forms. I have no desire to see Whitney again, only to listen to her music- over and over. 9/10