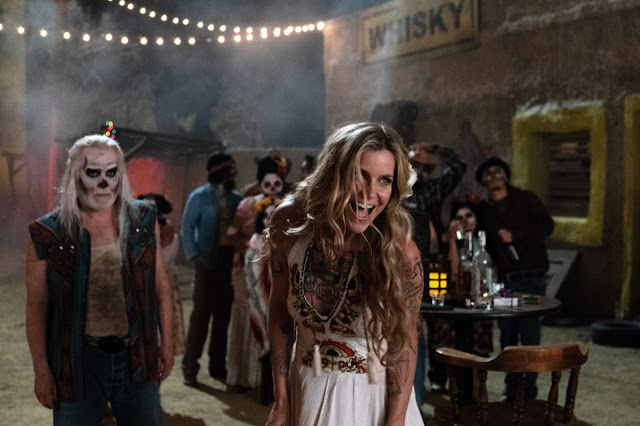 Fans of Rob Zombie’s House of 1000 Corpses and The Devil’s Rejects (which I am) have waited fourteen years for 3 From Hell. The worry with any sequel is how they will shape up against the preceding outings and this long a wait may add anticipation but also trepidation; fear that the ideas may have gone flat.

I saw the Blu Ray of 3 From Hell in For Your Eyes Only (one of the last remaining rental stores in the UK) and almost lost my shit. I’d completely forgotten it was a dual release, and rented it immediately. I’m not going to go too much into the plot or the hows and whys of the Firefly survival, but essentially the trio from The Devil’s Rejects are all still going at the start of 3 From Hell.

My first thought was that Sid Haig, as Captain Spaulding looked so old. Ill, even. It’s no spoiler to say Spaulding doesn’t last long, given the three on the 3 From Hell poster doesn’t feature him. Sadly, Haig passed away last month, and I’ve written a little tribute to him beneath this review. He does use his screen time to good effect, though. It’s so hard to say goodbye, but thanks for the murderings.

Joined by Otis’s half brother Winslow, the 3 From Hell go on the run from the law. Winslow is, well, let’s just say he had big (clown) shoes to fill and while it’s great Captain Spaulding isn’t replaced by a cheap imitation, you get the impression even Baby and Otis are using Winslow as means to an end.

On those two- years later both on and off screen and Otis now looks like Satan dressed up as Gandalf the Grey. Baby is still completely unhinged and great fun, Sheri Moon Zombie really turns the loony all the way up to eleven.

3 From Hell is relentlessly nasty, but that’s why I was watching. It’s also very weird, but again that’s why I was watching. It’s a brilliant trick of storytelling to be able to create the Firefly family, who rape and murder at will, and yet make the audience root for them. Most of the time, anyway. When they aren’t butchering they’re great company. Sometimes even when they are.

There are very few innocents in the world Rob Zombie has created across these three films.

The series is something of an inversion of horror - in any other film we’d be watching the “good guys” trying to escape this bunch of madmen. House of 1000 Corpses played with the concept of outright accepting that the annoying students are actually good. You slowly side with the Firefly family as the film goes on. That slippery slope has been well and truly slid down now.

Stylistically somewhere between the first two films, 3 From Hell takes delirious delight in the decimation the three's road trip leaves in its wake. I did too, the two hour running length raced past me in a haze of trippy gore.

3 From Hell is a walk down a murderous memory lane. Superbly surreal and schlocky, I loved every minute. 8/10 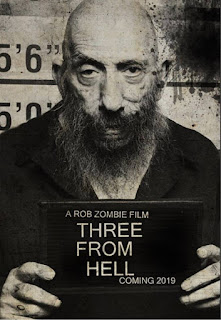 Passing away just a month ago, Sid Haig had a long and varied career on the cult, edgy end of cinema, but was also a prolific performer in mainstream TV. His first credit is listed as a 1960 short film, but arguably Haig’s first role of note was as Royal Apothecary in the Batman TV show Starring Adam West.

Haig went on the appear in the televised incarnations of Star Trek, The Man From U.N.C.L.E., Mission Impossible and The Six Million Dollar Man.

There were Blaxploitation roles in the 70’s and in the 80’s a move to action-horrors of what can kindly be called the “cult” variety. The Aftermath, Commando Squad, Warlords, all of which I’m not even going to pretend to have seen. However, cinephile and walking parody, Quentin Tarantino, clearly had and he cast Haig in Jackie Brown. This was after Sid turned down a role in Pulp Fiction- a move he apparently regretted. 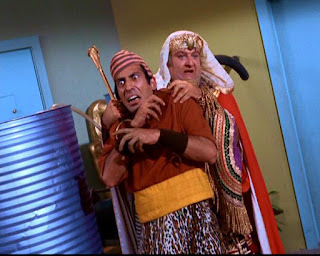 Following Jackie Brown, Haig featured in Rob Zombie’s Feel So Numb video, and that is really his genesis as Captain Spaulding.

Sid Haig's Captain Spaulding may well be my favourite horror character ever. The clown faced, foul mouthed, purveyor of murder and fried chicken is both sinister and utterly hilarious. While the Firefly family may divide opinion, if you don't love Captain Spaulding then there's something wrong with you, and you definitely aren't cut out for Zombie's films.

Spaulding is easily the most accessible character in the films, provides some comic relief and a wild card element as you're never sure if he's truly bad or simply amoral and amused.

Other credits in his later years included Kill Bill 2, Bone Tomahawk and Hatchet III, but as an actor, Haig’s legacy is a horror legend, no mean feat.

I’m off out for some fried chicken, here’s to you, Sid Haig.