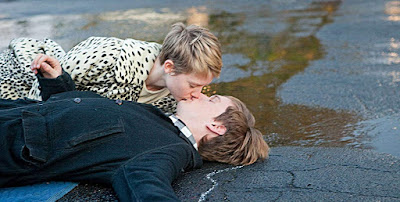 Restless is a drama, a romance and a dream-like meditation on existence. A film about lost souls. Enoch (Henry Hopper), attends funerals by way of pastime and has a best friend called Hiroshi (Ryo Kase) - who is the ghost of a Japanese kamikaze pilot. Enoch meets the quirky Annabel (Mia Wasikowska) at a funeral and they hit it off; an offbeat romance grows which challenges the nature of love. Annabel is terminally ill, and they both struggle with that hideous inevitable.

Director Gus Van Sant is a master of blending other worldly elements with realism; an artist exceptionally adept at making drama with a naturalistic intelligence. Never showy, his films are unique, though not always for everyone. Milk, Good Will Hunting and Finding Forrester are well known and mainstream whereas Elephant and Last Days less well known and more off-beat. All of these films are powerful, and Restless is no different.

Most people have experienced the death of a loved one, even more will have known someone suffer with cancer. I couldn't look at Restless some of the time; it is a painfully real watch. It is also painfully beautiful. Here is a love story about anguish and the ways we deal with death and suffering, cancer is so varied a disease that it manifests, presents, affects each person differently.

We are as humans so complex, so unique, each of us reacts differently to illness both physically and in attitude.

Annabel and Enoch embody that struggle, pivoting on Hiroshi's sardonic voice from the grave. Hiroshi is the narrative axis on which these young lovers swing, opposing one another yet in motion together. They battle in different ways to come to terms with both their own and one another's fate. As Annabel becomes sicker, their relationship and conflict swell.

Restless is above all about love and the wonderful, wicked ways it weaves through our lives and beyond. Shattering, spiralling past our corporeal demise. Restless challenges us with loss. Faced with loss of life, loss of love, how do we cope? Do we unite or take our own path? 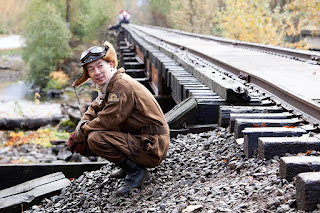 One of the hardest but most moving and rewarding romantic films you will see this year. Possibly for many years. Restless beautifully illustrates via its eclectic central trio that life doesn't end with death. Death is a process, it isn't our last breath, it carries on in different ways, both physical and metaphysical. Much like love.

The Cinematic Sommelier: A hard one to pair. Me and Earl and the Dying Girl has a similar theme and eccentric approach. Never Let Me Go would also fit the bill, as would Manchester by the Sea. On Netflix, perhaps Atonement. Not all have the idiosyncrasies of Restless, but are powerful cinema.

Bedsit it? I feel bad having to score this film, and while I admit that Restless is very personal to me, that will hold true for many others, too. Evoking much sadness, Van Sant's exquisite lamentation on our existence has much joy, too. 9/10

If you enjoyed this review, check out these

and the ever popular
Kingdom of Heaven: Director's Cut