Sequels Which Are Better Than The Originals (?) 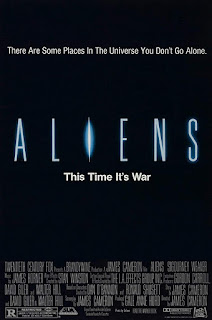 Don't worry, this won't be (quite) as long as the Top Ten Comedies.*

What people usually assume when they talk about films which are inferior to their sequel, or however you say it, is that the first film was uniformly agreed to be “good”. Many of the films which crop up every time the subject is broached are classics, genuine greats whose reputation is untouched. If you break this debate down to pure subjectivity the list increases and becomes far more varied and arguable. It becomes more fun, too.

A commonly named example, Superman II, for me simply tweaked what people wanted from the first film in a time when chroma key compositing (blue screen) had excelled and was blowing people away. And also the first film wasn't great. It is not on this list, but that's mainly because if I have to acknowledge comic books (sadly yes, some make very good films), for me there's only one film sequel based on a comic which is a genuinely great film.

On subjectivity, which sounds like a philosophy paper (“On Subjectivity” by Adam Thorn would have one, pathetic, line- Waaaaa, life is poo except for films.) this list is unashamedly influenced by my slope towards the darker, more gory end of the spectrum. I'm hoping to create debate here, so please discuss, with me of course. I only write the blog so I feel like I have a social life. Or do I write it in place of a social life? Either way. Here are some films, fucker.

We'll start with the obvious. James Cameron took the Alien series in a new direction with his Star Beast sequel. He made one of the most atmospheric, unique films of all time, and his sequel is what all those after it have tried to recapture, even those made by Ridley Scott who directed the original film. 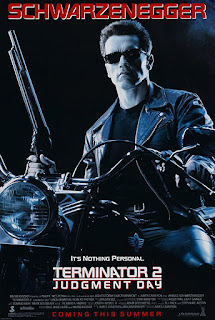 Another Jim Cameron follow up, surely earning him the nickname "The Sequelizer". No? Ok then. He of course directed the first Terminator, and still has his fingers in the ongoing series. I want Titanic 2, not Avatar 2- through 5! Ugh.

As Bond flounders, gurgling into the water like the human petri-dish, drunkard he is: look back to the Bourne trilogy. Number two wasn't a number two.

If you like zombie nazi gore-dy. We've been over this.

Dawn of the Dead 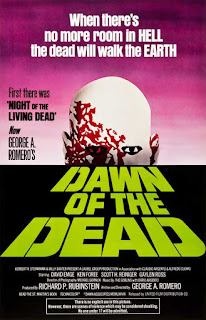 I liked both Dawn of the Dead films better than the original. But films reach their pinnacle of influence and I have to give the original its dues as a genre break through.

WILDCARD! The Silence of the Lambs

It is a sequel, honest! Thomas Harris's novels were first brought to the screen as Manhunter, with William Peterson and Brian Cox as Dr. Lecter. Silence of the Lambs was so spellbindingly brilliant and daring it is never even seen as a sequel, despite being a lineal book in the series. Also they changed the cast, so people don't see it that way.

The first Lethal Weapon was not as good as it is remembered as being. I know, I watched them both lately. The sequel was funnier, more interesting and thus entertaining.


Star Wars: The Empire Strikes Back

The die hard fans might disagree, but I stick by this choice.

Comic book alert! The Dark Knight is not only a better sequel but a brilliant film. Absolutely captivating. Even the third ain't a turd.

Back to the Future II

Jaws 19! Well, we've got The Meg for that. But Marty McFly still pleases in this time travel romp.

Some absolutely brilliant one liners, one of the darkest scenes ever recorded for children toward the end. It's a pick em between this and the first film. 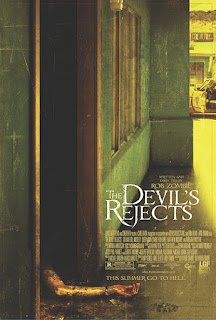 House of 1000 Corpses is mad as a badger on stilts, or my nan in her end phase. Devil's Rejects is a straight up, almost genre changing film. It is bloody, brutal, beautiful. Rob Zombie's Halloween II, was very good, too: though critically mauled. 3 From Hell should be fun! The series continues.

The Lord of the Rings: The Two Towers

The battle at Helm's Deep might be one of the best battles ever filmed. Every movie in the J. R. R. Tolkein series, including The Hobbit trilogy, are good for me. This is excellent.

Ok not really. But for those wondering how a sequel can go so badly wrong, here's Blair Witch Project: Book of Shadows “director” Joe Berlinger on his original vision (which actually sounds pretty cool!) and how the studio got involved, messing that up. It has a reputation as a bomb of a sequel, but financially, that isn't true either. It's interesting piece.

*Please read that, it took me sooo long to write. I'll do anything. I got these cheeseburgers, man