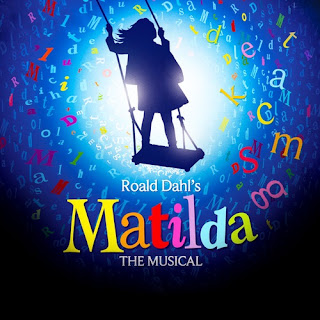 Tagline: It's a play, and if I had been paying attention, I would have noticed it was a fucking musical. They should make that the tagline: “Hate musicals? Avoid this like the clap!”

Premise: The brilliant Roald Dahl novel Matilda is bastardised by the West End. Before your very eyes!

Delivery: My aunt, the vivacious work of walking art that is not to be named on here, is able to sort cheap theatre seats, and we tapped her up like a dealer after 6 pints on a Friday for Matilda tickets. I had no worries, it's always good shit, she's a responsible dealer. Plus my sister was involved, and she knows I hate musicals. Because of London being shit around 6pm, I walked from Old Street to Seven Dials. Midway I discovered this wasn't a play of the book I loved as a kinder, but a musical. My horrified WhatsApp led to a reassuring “don't worry Ad, Tim Minchin wrote it.”

Tim Minchin owes me £22 and an apology. The fucking lanky haired, balding musician of “comedy” only my idiot friends enjoy, landed a giant turd on my favourite childhood author. The Antipodean, I hoped, had the musical savvy and oddness able to carry Matilda as a musical, for twats, over the line. He doesn't, from the word go it is jarring. The songs aren't in any way kind to the ear, it varies between far too loud and dull, and crucially, rarely captures Dahl's story.

The few scenes between Matilda and her father were the only parts where Dahl shone though. The songs, while well choreographed, were dull and did like most musical songs do- interrupt the narrative. The whole thing is well put together and beautifully set, the actors do their best despite largely being unlikeable characters (even Miss Honey was limp). I felt the school fell flat; the headteacher was a good creation but somehow landed outside of the target area. Not Dahl's. I hated it, as I do most musicals, despite one or two good things about it. I left at half time*.

I did have a think about when I actually might suffer through a musical, and all I could muster was that I need to either like the music an awful lot, or it needs to be so distracting that I don't care. By which I mean funny. The Book of Mormon I have seen twice, but it is an exception. Knowing something is a musical before I have paid for it will always prevent me going. I went, and I walked out. Thanks also to the snobby front of house octogenarian who looked down on me for doing so. Who says the West End isn't accessible?

*I refuse to call it an interval

Labels: Bedsit Cinema Hated theliving shit out of everything about it Matilda Musical Roald Dahl Theatre