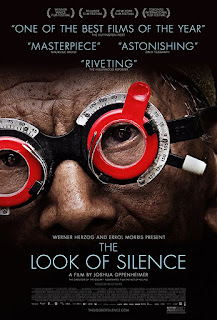 Bedsit Cinema's slightly alternative awards list for films I saw for the first time in 2017. The film can have been made in any year, the only qualification is I have to have seen it this last year. In no particular order, with no scientific method and as emotive as I could be short of a scribbled note in crayon (I'm a very particular scribbler).

Please do send me your film likes, hates, lists, funny moments and anecdotes. I love talking films as much as I do watching them.

This award goes to a film I saw in the cinema with full knowledge that it was realistically only going to be any good on a huge screen. Yes, bigger even than my TV. 3D is a bonus because I bloody love 3D and I really don't want it to die out as a format. What I'd call an “event” film.
I really, really enjoyed Kong: Skull Island, but I have no doubt a repeat viewing at home will not be the same experience. Alien Covenant was actually quite a good fun, but I get the impression that'll be quite good at home. It's not a terrible film, despite the reviews, although it's not brilliant either. Logan did wonders for a very bad mood I was in, but beyond that, meh. Transformers was a good night out with my brother, and gets bonus points for the couple shagging in the disabled loo at the end, just for the absurdity of it, and as my brother pointed out, the fact that a films about CGI robots made them horny. For me though, Kong: Skull Island was this year's cinema spectacular. It had a 100 foot gorilla for goodness sake. A Vietnam war feel and some wonderful big screen moments. I'd say go out and see it, but, err...

Straightforward category this one, simply the best films I've seen this year in any format or on any platform, made or released in any year. Only qualifying factor is I must have seen them for the first time this year.
An award it's so straightforward, yet so hard to award. Looking back over twelve months which film affected me the most? Which entertained me like no other? Which will I carry into the future held on a pedestal? Probably all or most of those listed, and more. But there is a runaway winner for me this year.

Winner: The Death of Stalin

The second year in a row a British film has been my favourite, last year's being I, Daniel Blake. The Death of Stalin is hilarious, dramatic, meaningful and perfectly timed. See it at all costs, you heathen.

Best Portrayal of A Character

I'm going to award one imaginary acting award, because when I started thinking about it, apart from to create more awards, I don't understand why they're separated by gender. This includes TV and film, men and women, lead and supporting roles. Mainly 'cos I'm lazy, this isn't a gender neutral statement.
Hahahaha, can you imagine? No, no Keanu, John Wick one was enough. I think I have a Reeves tolerance of one action film per decade. John Wick did not need a part two, much like The Mechanic. Sorry Jason, I can watch your mug way more than Keanu but that was abysmal. I hope Meg is better. Seriously. Where was I?

Oh that's right, awarding a fake acting award, which is appropriate, giving acting is basically a competition in who is the bast at faking (while simultaneously being entertaining). Although handsy Casey Affleck was good in Manchester by the Sea, I can act fucking depressed, I do it every day. Anyway, the two Netflix offerings are my neck and neck tie breaks, and Merritt Wever was astonishingly good in Godless.

Most Underrated Films of 2017
I know War for the Planet of the Apes shouldn't really be here but the series is a brilliant mirror of humanity. These are all great films and if you ain't seen them yet, do so, posthaste. Jawbone is Rocky good, and I identify with the themes in it most virulently. Not sure that word works but the poisonous intimation is appropriate. However, Brimstone was brutal, brilliant and criminally ignored.

Most Overrated Films Of 2017

Pretty obvious this one really.
Winner Loser: Tough category this, while a lot of these films were at best simply overrated, some are outright shit. However, there is one glaring omission from those competing or capitulating toward this honour, which is for a reason. Just you wait you singy-dancy-wankathon, you'll have your moment. Winner here was going to be The Killing of a Sacred Deer, which got ridiculous acclaim, not least in the Guardian (mental note, the Guardian film reviews have the potential to be so bloody pretentious they're almost a parody of what people think fancy lefty pseuds would think about films) but I cannot oversee one film which, although not a bad film, was imbued with meaning and relevance far beyond what its simplistic and unoriginal script deserved.

Winner Loser: Get Out

The best, most satisfying or shocking and original cinematic death.
Because it is the first year I've done these awards, and I only thought of them some time after I started the blog. I've not been exactly diligent about keeping notes for this. However, FUCK YOU to Weinstein et al. You don't win but I'm glad your careers are dead.

Shocking in its simplicity and brutality. Definitely dribbled my G and T.

The award for the most tear jerky thing I've seen all year. I'm usually pretty good at weeping (or bad depending on how emotional you are) but this year only a few have stood out. Made it easier to narrow down, though.
Special mention for The Vietnam War; episode ten of which was borderline unwatchably sad. But the winner is a film I saw right at the start of the year, with my dad at the cinema. It focusses on the loss of a mother and was weeks after we'd lost our Matriarch, my grandmother. Wonderful, wonderful film, just not a fun one.

Again pretty straightforward. Again hampered by this being year one of awards and my memory.
The Look of Silence was so hard to watch I turned it off and began from that point the next day after a mental break. It's such hard work, humanity at its worst, on film. Because I'm keen to keep this award for a strict horror, it won't win, but I want to point to it as a MUST see film. More so than the winner.

Best Series 2017
All quality programming, but because it kept me smiling, and there was so much of it, has to be the Kurrupt krew.

Winner: People Just Do Nothing

The I'm Not Entirely Sure What Just Happened Award

Goes to a what the fuck moment or film.

Told like it was edited by someone on acid, King Arthur didn't seem to have a single coherent story arc. That's not to say it was terrible, but it was only marginally better (the CG) than an Uwe Boll fantasy film. So, yeah, on reflection it was pretty terrible.

Without doubt my favourite award, only for the health it brings my spleen.

La La Land is the very embodiment of the kind of horse shit I will not stand for. So smug it's basically fellating itself, with a maniacal grin and giving you two thumbs up. While dancing. A friend of mine recently made me write a list of what I do and don't want in a woman, and “cannot like La La Land” is my unashamed prejudice. I don't want them, and they don't want me. Oddly, “they don't want me” seems to apply to all women. Can't think why. When I was forced to sit through as much of this glimmering puddle of A list jizz as I could manage, I was with three or four women. Only one still speaks to me and she has to because she married my best mate.

I know the witty response you all have to my criticism of La La Land's lengthy downing its own shaft is this, “Yeah Adam, but if you could suck your own bitter, spiky penis, you would.”

Yep. Yes I would, absolutely without doubt. I might even tell a close mate after a few beers that I could. But, I wouldn't write a fucking musical about me doing it and award myself golden trophies for the honour. Sometimes it is good to be proud of who you are, other times less so. I say this as a man awarding imaginary trophies, to real films, before a handful of readers. It's all about finding a balance.

As you may have guessed, this award has been created extra specially (a bit like all the other meaningless acclaim I've conjured up for this piece of writing) in honour of how much I hate La La Land. Every year I will hold every piece of shit cinema I've seen against the light, examining it to see whether it holds a candle to La La Land. One will win the award, but until something as genuinely terrifying as this is unleashed on humanity again, the award will keep its name. You can take the prize, but you'll never take the title!

Winner: "It just wasn't very original" bloke in the cinema at the end of Alien: Covenant

It's about the sixth or seventh Alien film, you lunatic. Why on earth were you anticipating originality?

Much like the La La Land Award, this goes to someone who despite my (biased and hateful) prior knowledge of them, managed to nail down a part in a film without me punching the telly.

To be fair I was in the Odeon Leicester Square and in the middle. It was a trek to punch the screen. Also he's quite good in it.

The I Know, I Know, I Still Haven't Got Around To Watching It Yet But I Really Must Make The Effort Award
Hard to call any of these films a winner. They might all be shit. In fact The Guardian rated most of them highly, so they probably are. Raw is the one I want to see most, so, Raw? Talk about a backhanded compliment.

Comic Book Film But I'm Too Jaded Award (need to think of a better name!)
All of them. Yawn.

Best Documentary
The Look of Silence is hands down the most horrifying portrayal of institutionalised sociopathy I've ever seen. Yes, including everything the Tories do. Ba Dum! Thatcher was way worse than these incompetent wretches, they've just been given a longer leash. As a horror film fan, The Look of Silence turned my stomach, it takes a lot to do that. Another strong category, though.

Winner: The Look of Silence

Fuck you Theresa May, we're all human you walking void of empathy, that's what “citizen of the world” is supposed to mean. No, not having this category, it's included in the rest of them inherently and without bias.

Best Music, I Guess.. It Ain't Frozen, Despite My Niece Huffing On It Like A Crack Pipe

They play music in films?

Well, I only lasted twenty minutes.

If you made it through that I'm both shocked and delighted. I'd love to hear your thoughts.
Labels: 2017 Awards Bedsit Bedsit Cinema Brimstone Film Film ratings Kong La La Land Merritt Wever The Death of Stalin Violence Writing Zzz